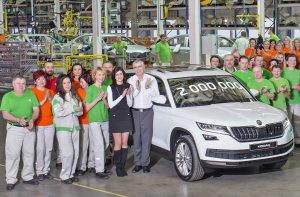 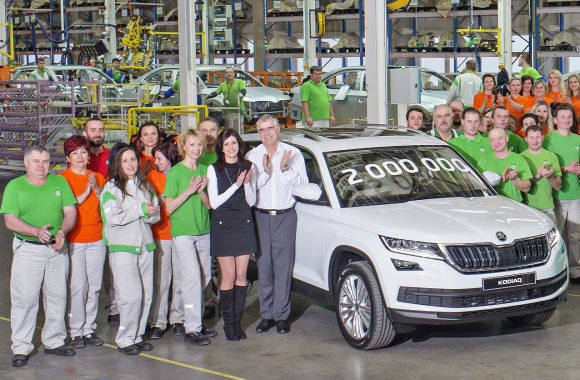 A KODIAQ has become the two-millionth Škoda to roll off the production line at the manufacturer’s Kvasiny plant.

Michael Oeljeklaus, Škoda board member for production and logistics, said: ‘Kvasiny is a state-of-the-art production facility with a great tradition and an outstanding team. As an important cornerstone of Škoda’s production network, the Kvasiny plant will be making a key contribution to Škoda Strategy 2025.

‘The site’s annual production volume will continue to increase over the coming years. To this end, we will be investing heavily into the location, expanding Kvasiny into a competence centre for the production of SUV vehicles among other things. We have recently reached an important milestone in this regard by launching production of the Škoda Kodiaq.’

The Škoda plant in east Bohemia is currently undergoing the most significant modernisation and expansion in its history. As part of the comprehensive SUV campaign, which was launched with the Škoda Kodiaq, the manufacturer has invested approximately seven billion crowns (circa £220.4m) into the location. Over the next few years, the production capacity will increase to 280,000 vehicles annually.

An additional 2,600 employees was added to the workforce by the end of 2016, and Škoda, which is one of the largest industrial employers in the region, will be creating more jobs this year. It has been part of the VW Group since 1991.