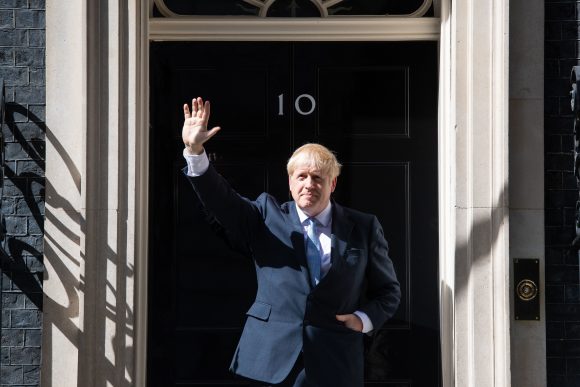 BORIS Johnson was today urged by the Society of Motor Manufacturers and Traders not to take the UK out of the European Union without a deal.

It congratulated him on his appointment as prime minister but said a no-deal Brexit was ‘simply not an option’. In its two-page open letter, the organisation set out the UK automotive industry’s immediate and future priorities at what it called ‘a time of dramatic transformation for the sector’.

These, it said, included:
 Supporting the transition to zero-emission vehicles by investing in infrastructure, incentives and securing a gigafactory in the UK
 Making the UK the most attractive destination for investors, creating an internationally competitive business environment
 Ensuring the sector continues to enjoy preferential trade with critical markets around the world, including the EU 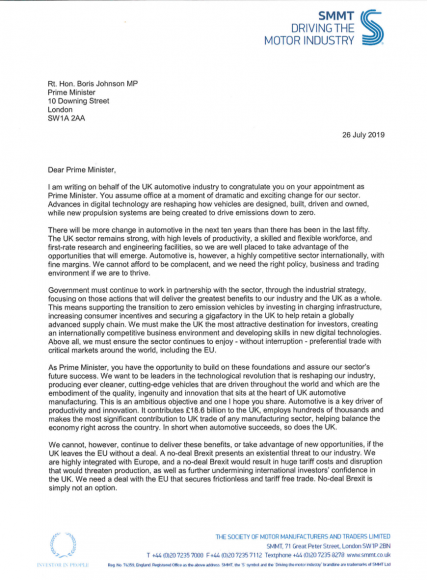 Calling on Johnson to meet with the industry as soon as possible to help ‘deliver a British success story’, chief executive Mike Hawes wrote: ‘A no-deal Brexit presents an existential threat to our industry. We are highly integrated with Europe, and a no-deal Brexit would result in huge tariff costs and disruption that would threaten production, as well as further undermining international investors’ confidence in the UK.

‘We need a deal with the EU that secures frictionless and tariff-free trade. No-deal Brexit is simply not an option.’

MORE: Hard Brexit will have horrifying results for us, JLR chief tells Theresa May