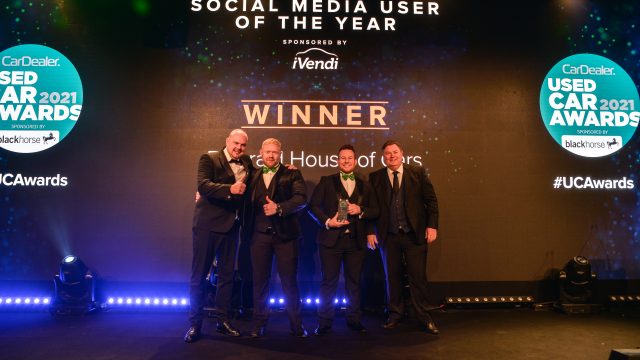 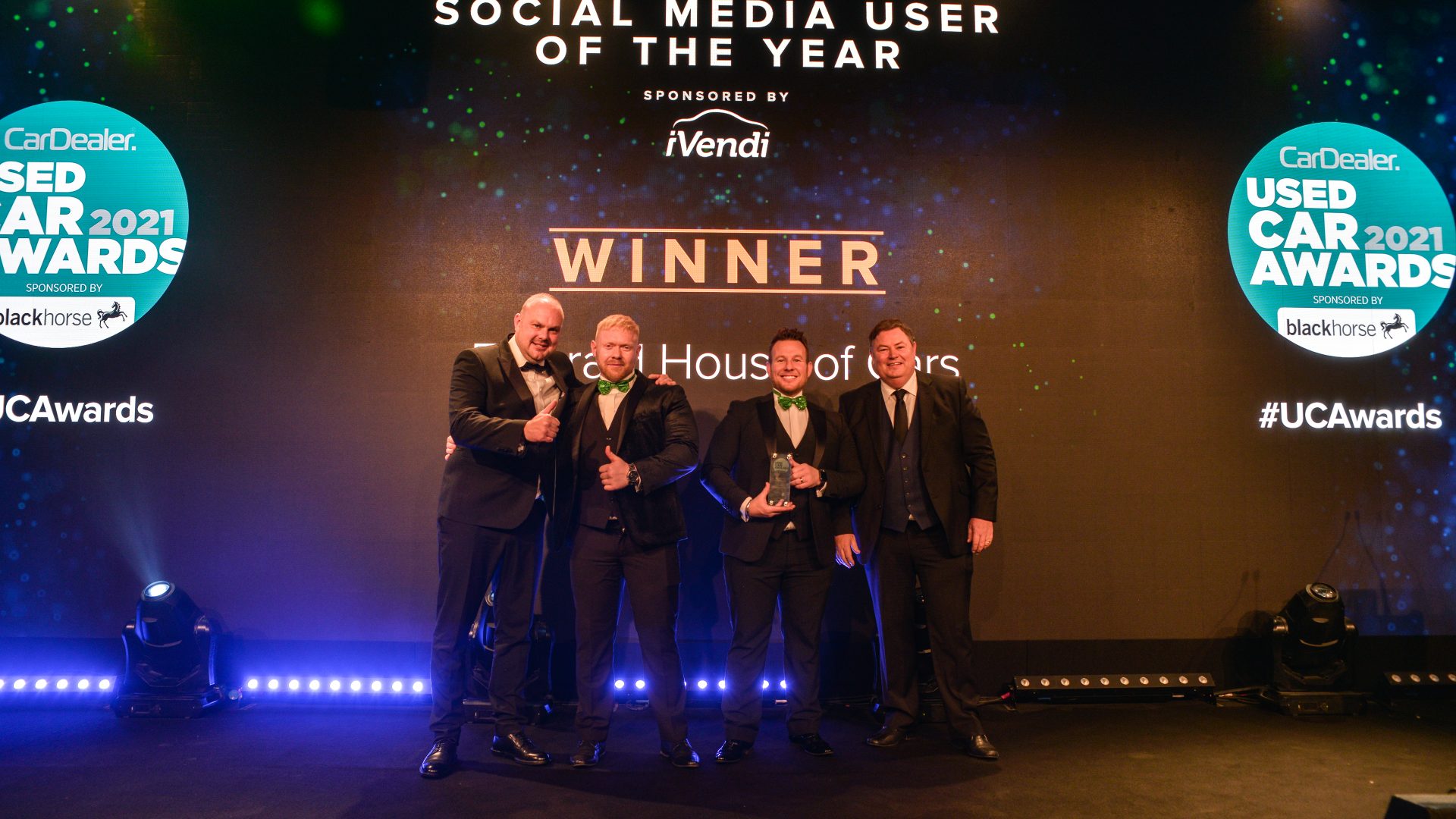 This year in the Social Media User of the Year category it’s difficult to think of any dealership that has put themselves out there as much as Emerald House of Cars.

Not only is the content high quality, it’s consistent, has strong branding and involves all of the team.

Peter Quinn, CEO of Emerald House of Cars, said: ‘We’re delighted to have won the social media award, over the moon, absolutely buzzing.

‘For the past five years we knew how important social media was going to be and we’ve been pushing hard on all platforms.

‘Three years ago we employed a videographer full-time and we’ve been really pushing on that front. We now do a weekly show on YouTube to take people behind the scenes and build trust as we move to online sales.’

He added: ‘Social media involves a lot of work and that’s why a lot of people give up. It’s not instant gratification, you’ve got to put the work in and you’ll see the results eventually.’

Emerald were recognised for their eye-catching branding that is recognisable wherever on social media you might find them, as well as their dedication to posting unique, attention-grabbing content.

Car Dealer Magazine editor-in-chief James Baggott said: ‘When it comes to big car dealership personalities online, they don’t get much bigger than the superb Emerald House of Cars.

‘This team has great fun with its social media accounts, from Facebook to Instagram, and has gained a loyal following by promoting the fun it has selling cars.

‘It was the standout winner of our Social Media User category and they should be rightly proud of their win.’

Highly commended in this category were Marshall Motor Group and Pilote Classics.