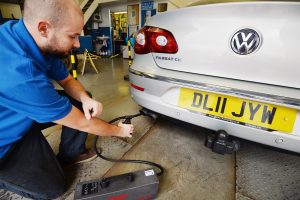 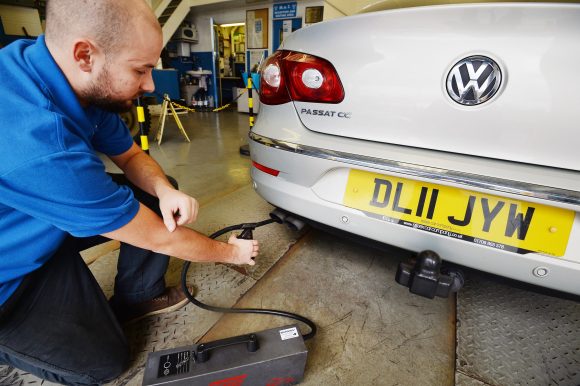 CHANGES to MOT emissions testing have seen the number of cars failing more than double since being introduced earlier this year.

In May 2018, emissions testing within the MOT test became more stringent — with smoke of any colours coming from the exhaust resulting in an automatic failure. Automatic failure also applies to any car showing evidence of a diesel particulate filter (DPF) that’s been tampered with.

Meanwhile, the rise in vans failing emissions testing increased from 3,585 in the same time frame to 19,468 — a 448 per cent increase.

Gareth Llewellyn, DVSA chief executive, said: ‘DVSA’s priority is to protect everyone from unsafe vehicles and drivers. We are committed to making a real difference to those in society whose lives and health are blighted by poor air quality.

‘Since introducing the new tighter MOT emissions test in May, nearly 750,000 vehicles have been taken off the road or fixed.’

Despite the large increase in cars failing on grounds of emissions, the failure rate for the MOT test remains steady since the changes were introduced. 34.7 per cent of petrol cars failed between May 20 and November 19, 2018, a slight drop from 35.7 per cent for the same period in 2017, while diesels saw a marginal decrease from 33.8 per cent to 33.2 per cent.

MORE: Disqualified director ran garage for his wife and ex-wife