Sytner Group has told of its delight at being a main partner of Leicester Pride.

It said it took part in the event to reflect its ongoing commitment to diversity and inclusion.

More than 30 representatives from across the group marched in the vibrant parade through the city centre on September 4.

The Penske Automotive Group-owned business, whose headquarters are in Leicester, also had a stall giving out goody bags that included sanitiser and water.

Part of the stand raised money for Leicester charity Trade Sexual Health, which gives free and confidential health advice, information, services and support to the lesbian, gay, bisexual and trans communities of Leicester, Leicestershire and Rutland. 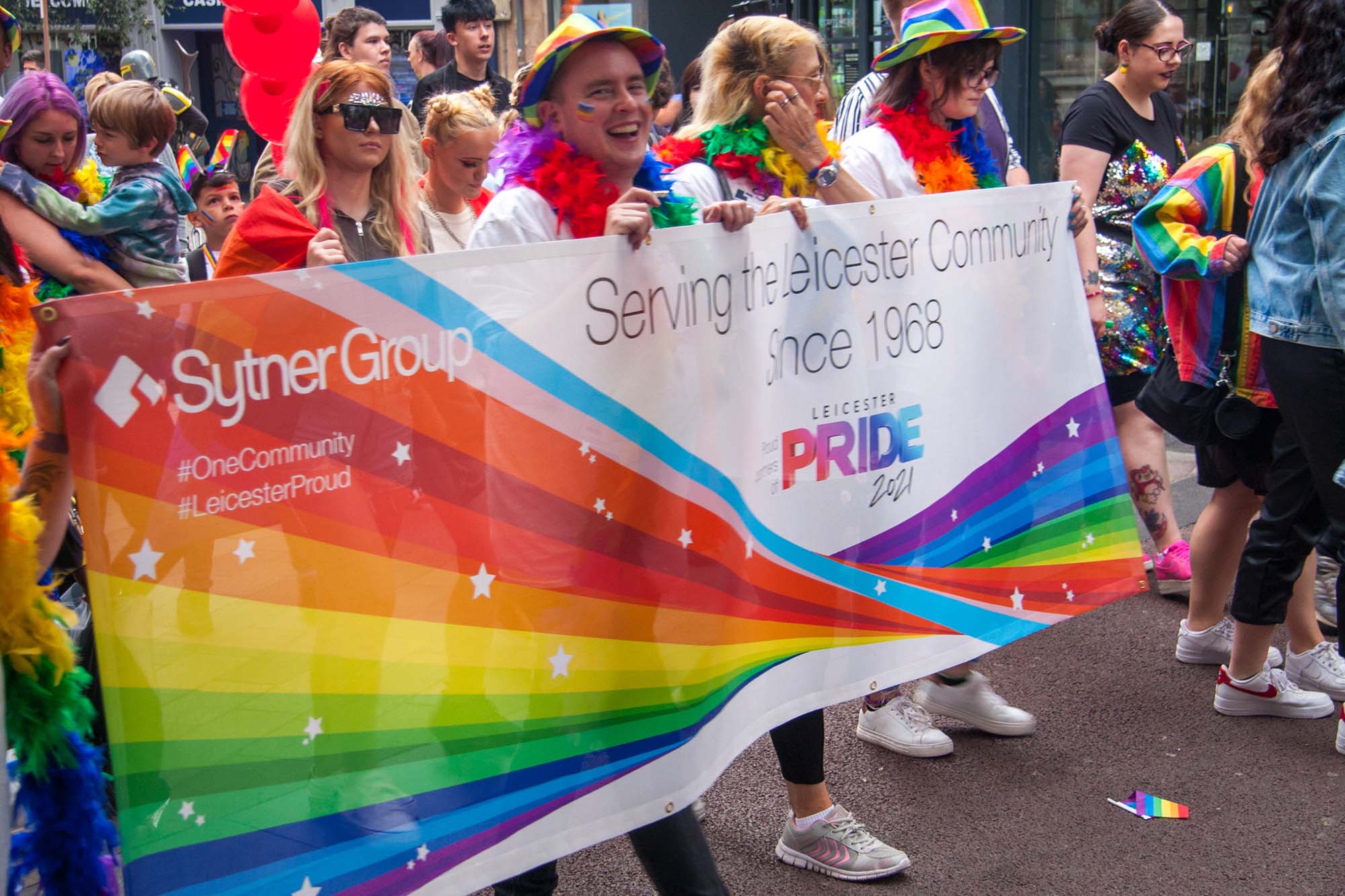 ‘It’s great that the business is willing to support Leicester Pride and the local communities, not just today but ongoing through its commitment to diversity and inclusion, which is constantly growing.’

Sytner Group recently announced the appointment of Jodie Williams to the newly created role of head of diversity and inclusion to develop and implement the group’s D&I strategy. It said it was the only automotive retail group to have such a position.

Williams commented: ‘Attending Leicester Pride was a really important step for us as a company to showcase our commitment to diversity and inclusion.

‘We have a lot more work to do in continuing to create an inclusive environment and a more equitable workforce.

‘I’m keen to make sure that we’re representative at every level in our business and that Sytner Group is a workplace where people can thrive, where difference is celebrated and people feel supported and valued.’