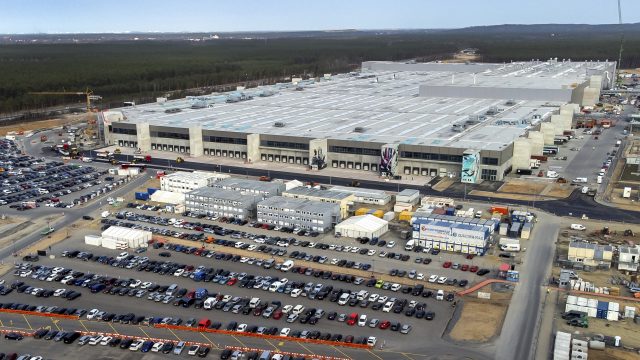 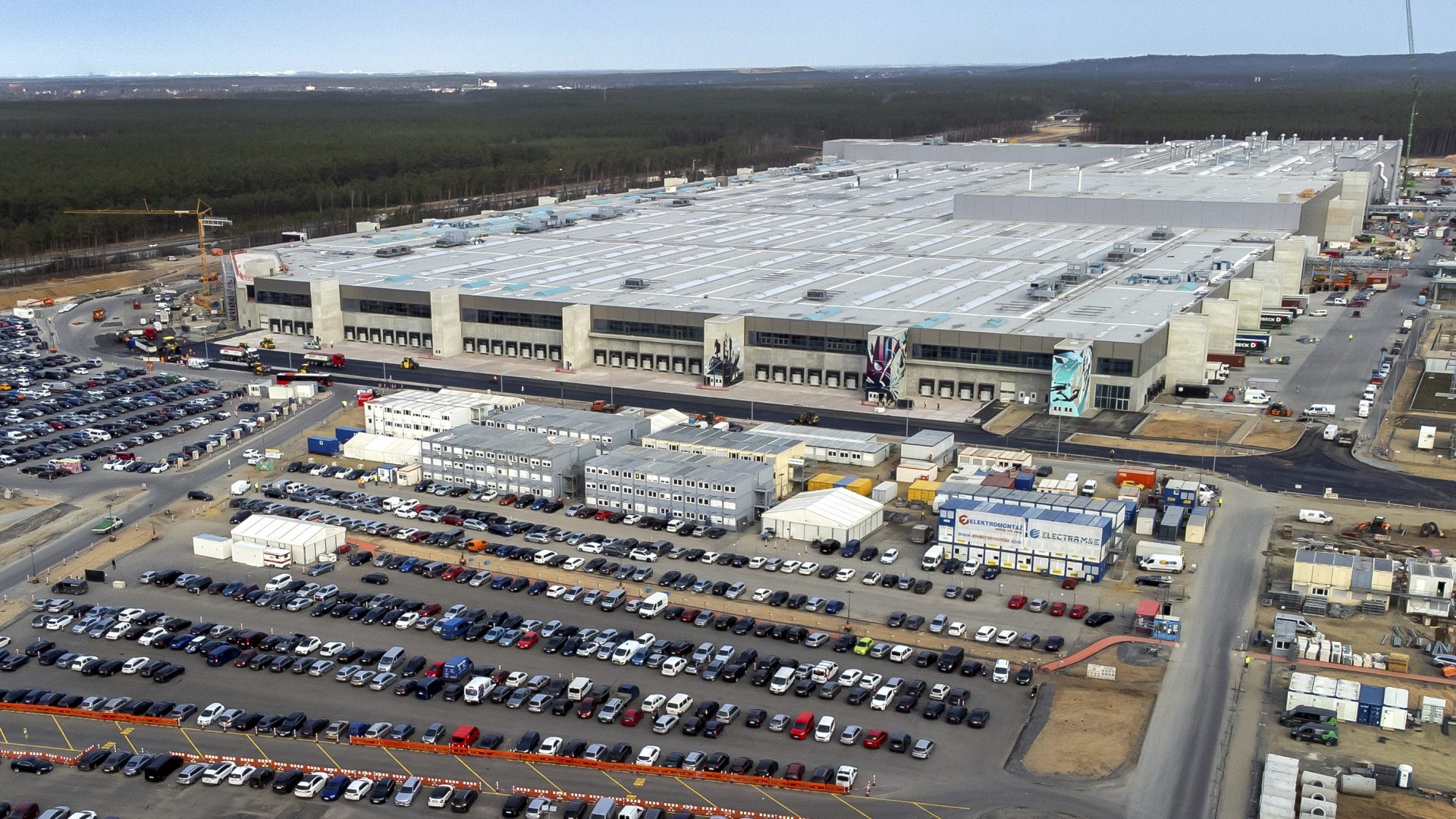 Tesla has opened its first European ‘Gigafactory’ on the outskirts of Berlin in an effort to challenge German carmakers on their home turf.

Habeck said the opening of the factory was ‘a nice symbol’ that petrol-powered cars can be replaced with electric vehicles at a time when Germany and other nations are trying to reduce their greenhouse gas emissions and wean themselves off Russian oil.

Tesla began building the vast facility less than three years ago, before it received official permits to do so.

Had those permits not been issued, the company would have had to level the site.

‘That’s a different company risk culture,’ Habeck said, after being asked to compare Tesla’s approach with the slow pace of German construction projects – such as Berlin’s nearby new airport, which opened after a nine-year delay.

Environmental campaigners have warned that the factory could affect drinking water supplies in the region.

Tesla has dismissed those warnings.

The company refused most media access to the site and the ceremony on Tuesday.