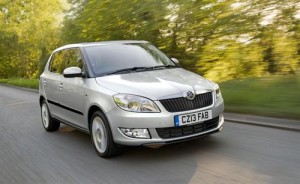 A CAR dealer in Middlesbrough believes thieves are dismantling cars to steal parts to order.

The front end of a Skoda Fabia was expertly dismantled at Derek Slack Motors on Cargo Fleet Lane last month, according to the Evening Gazette.

The thieves got away with the bonnet, radiator, air-conditioning unit, front bumpers, lights and light housing.

‘Whoever has done it definitely new what they were doing,’ Tony Slack told the Gazette. He works at the family business, which has been running for more than 40 years, and believes this was the work of trained mechanics.

‘I think either someone has bought a car that has been written-off at an auction and had the exact parts they need stolen, or someone has had a crash and the airbags have deployed – and they’ve taken it into a less than reputable body shop.’

The car would have been worth around £12,000 to Derek Slack Motors, but they suspect it will now have to be written off.

Slack went on to explain: ‘They’ve been very careful to make sure they’ve taken the right parts, and left me with a mess. I’ve never seen anything like it here before.’

The theft took place between 5pm on Saturday, April 26, and 7am on Monday, April 28.

Police are examining the dealerships CCTV but a spokeswoman for Cleveland Police has said that no other cases in the area have been reported. However, there have been thefts of particular parts across the country.