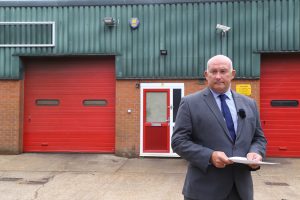 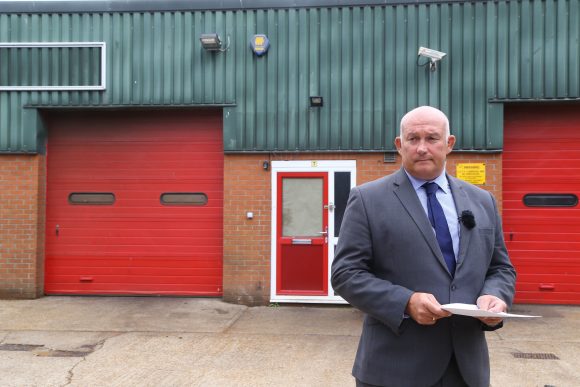 THREE men have been charged with firearms offences after an illegal gun factory was allegedly discovered at a gearbox repair centre on an industrial estate in East Sussex.

It followed a weekend raid on the Hailsham warehouse describing itself as a gearbox repair business, said Rob Hickinbottom, head of the National Crime Agency’s National Firearms Threat Centre during a press conference at the site today.

The area has been sealed off while investigations by the NCA and Sussex Police continue. Other locations, which have not been disclosed, have also been searched.

An NCA officer was injured but not seriously during the raid at the Diplocks industrial estate in Diplocks Way on Saturday, Hickinbottom added.

Greg Akehurst, 29, of no fixed address, and Mark Kinman, 63, of Bramwell Mews, Hailsham, were both charged with possessing a firearm. Kyle Wood, 30, of Gratwicke Drive, Littlehampton, was charged with the same offence as well as possessing ammunition.

The trio were remanded in custody by Brighton JPs and are due to appear at Kingston Crown Court on September 17.

Pictured at top is Rob Hickinbottom outside the industrial unit that police have been searching since a raid by the National Crime Agency. Credit: Gareth Fuller/PA Wire