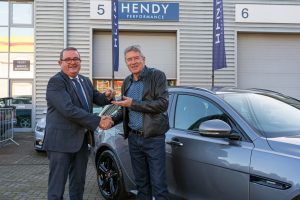 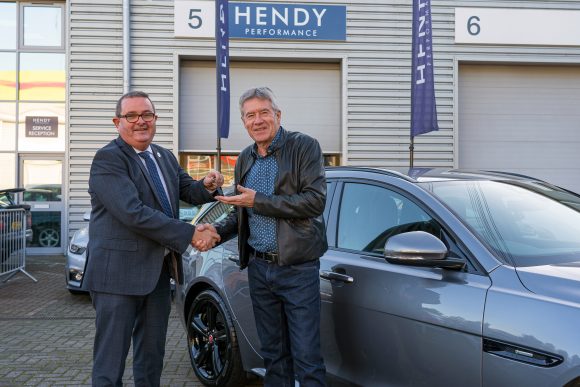 FORMER Grand Prix driver and TV presenter Tiff Needell has joined forces with Hendy to be the ambassador for its performance and sports car division.

Needell – who has appeared on a wide range of TV shows, including Top Gear, which he co-presented between 1987 and 2001, and who is now a key presenter for Lovecars on YouTube – will be involved in a variety of activities for Hendy Performance, including creating videos to showcase the performance and sports car side of the business as well as making personal appearances.

Hendy commercial director Mark Busby said: ‘We are thrilled to have such a well-known and respected motoring name to be our latest ambassador.

‘Tiff’s background in sports cars, competitive racing and the media make him the perfect person to join forces with for 2020.’

Needell, 68, who collected a new Jaguar XF Sportbrake from Hendy Performance, said he was looking forward to the new collaboration and being involved with Hendy.

‘The company has a great heritage when it comes to selling sports cars and performance vehicles, and the combination of the cars it has for sale and experience in the workshops and in supplying a wide range of performance parts is second to none.

‘2020 is shaping up to be an amazing year for Hendy and I’m proud to be involved in as much as possible.’