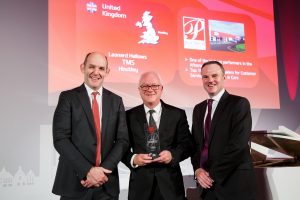 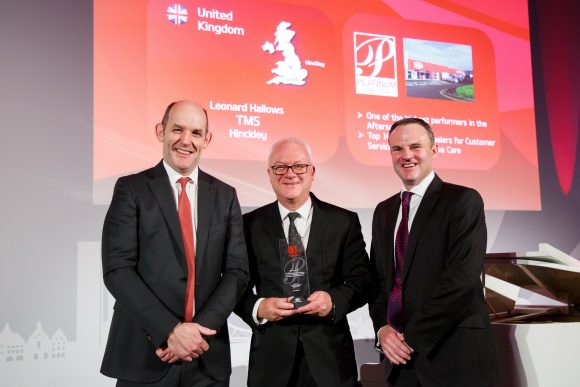 TMS Kia Hinckley is celebrating a string of successes after being awarded Platinum Prestige Dealership status by Kia Motors Corporation.

It was recognised out of 1,600 other Kia dealers across Europe for its excellent customer satisfaction results, the quality of its showroom, its operational performance and business results, putting it in the top two per cent of top-performing European dealerships.

The Platinum Prestige accolade was presented at the end of 2017 and completed a series of trophies for the family-owned dealership, having already achieved the Kia Family-Like Care Award when it was voted number one in the UK for its customer service in 2016.

TMS Kia’s 2018 also got off to a great start at this year’s Kia National Dealer Conference in Liverpool, where the Leicestershire dealership was awarded the Aftersales Excellence Award, which was judged on a combination of competitive parts volume, accessories spend per unit, and overall customer service retention. At the annual event earlier this month, TMS Kia was also recognised as one of the top three Kia dealers in the UK.

Len Hallows, managing director of TMS Kia, said: ‘We are absolutely thrilled to have won these awards. We place great value on the excellent customer service that we provide, and the awards are a true reflection of the skill and commitment of our staff at TMS. It’s a great honour and I want to thank everyone at TMS Kia for their continuous support and hard work.’

Now approaching its fourth year of trading with the South Korean manufacturer, TMS Kia goes through to the Global Award event in Australia later this month – one of only 10 dealerships in Europe to do so.