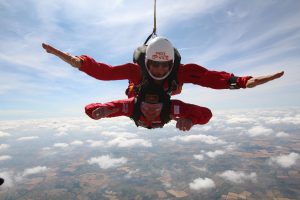 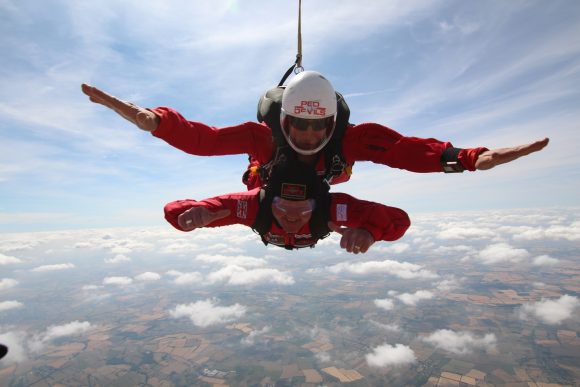 Tony takes the plunge to raise money for air ambulance

The event took place in Nottingham and Tony took the plunge with the Red Devils, the world-famous British Army parachute display team.

More donations are continuing to come in.

Last September, Tony’s parents-in-law were involved in a serious road traffic accident. The West Midlands Air Ambulance arrived on the scene and airlifted his father-in-law to Stoke Hospital. Fortunately, his injuries weren’t life-threatening and he made a full recovery.

Tony said: ‘I’ve always been a big supporter of the West Midlands Air Ambulance but never imagined one of my family members would need to use the service. After my father-in-law’s recovery I was determined to give something back and say thank you.’

Tony lives in Essington and has worked at Brindley Honda for 23 years, playing a key role at the dealership.

He said: ‘Everyone at Brindley Honda has shown their support and has backed the sky dive. They have been extremely generous.

‘This was extremely an extremely challenging task, however, the adrenaline rush was fantastic and being able to raise money for such a deserving cause made it worthwhile.’