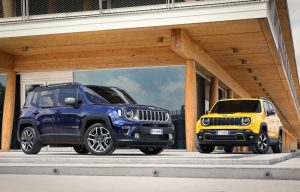 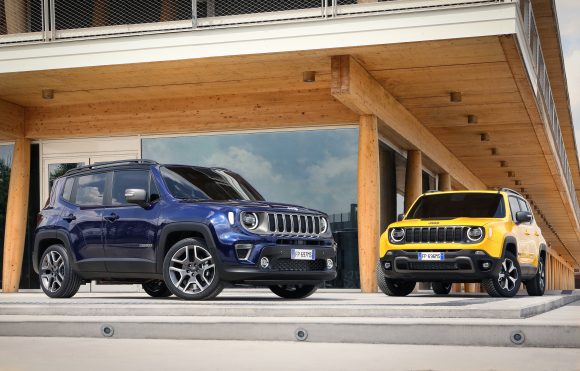 JEEP has confirmed UK pricing and specifications for the refreshed Renegade, which is set to arrive in September.

Starting from £19,200, the Italian-built compact SUV gets a revised look, more equipment and improved safety – along with a new engine line-up.

The new look comes thanks to a redesigned front fascia, although Jeep’s iconic seven-slot grille is still present. Meanwhile, new LED headlights are available as optional extras on all models and as standard on high-spec Limited and Trailhawk models.

Further adding to the updated aesthetic are new alloy wheel options — seven of them, to be precise — ranging from 16 to 19 inches.

Entry-level Renegades are powered by a new three-cylinder 1.0-litre turbocharged unit, delivering 118bhp and 190Nm of torque. Another petrol option is offered in the form of a four-cylinder turbocharged 1.3-litre engine, which can be had with 148bhp or 178bhp, with both outputs delivering 270Nm of torque.

There’s also the choice of two diesel engines, which are revised versions of those offered on the outgoing model. Although full specifications haven’t been confirmed, the 1.6- and 2.0-litre units are both said to be compliant with Euro 6d-temp regulations.

Three gearbox options are on offer — a six-speed manual, a six-speed dual-clutch automatic and a nine-speed torque converter automatic. There’s also the option of either front- or all-wheel drive.

An updated Uconnect infotainment system is also on offer and, depending on trim level, can be displayed on a five- or 8.4-inch display. Along with navigation, the system can be used to control climate and the sound system.

New safety features have been introduced too, with lane departure warning and traffic sign recognition now available across the range as standard.

The new Jeep Renegade is available to order now, with first deliveries expected in September.