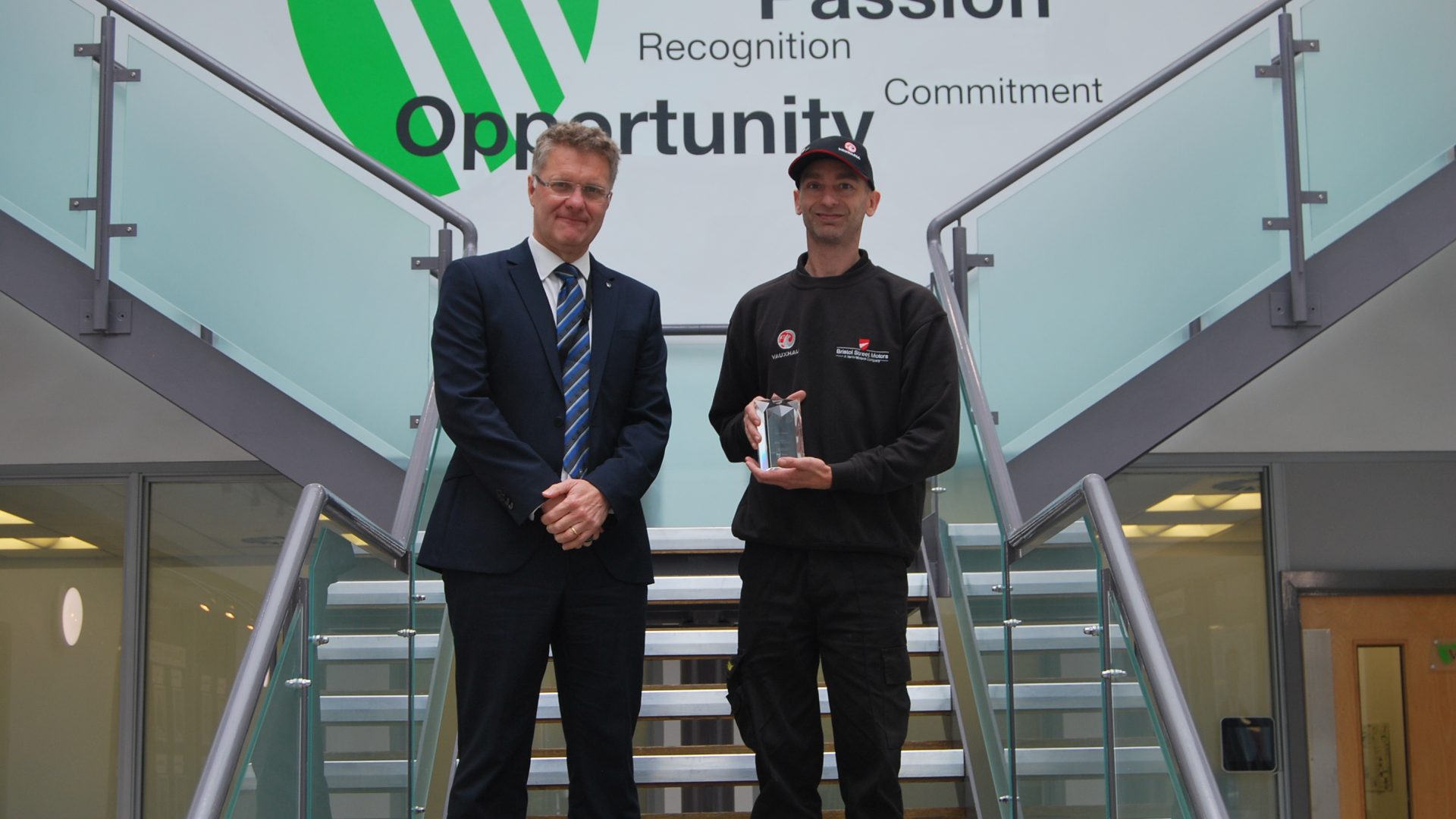 A Bristol Street Motors valeter who starred alongside boss Robert Forrester in ITV’s Undercover Big Boss has been honoured with a national award.

Terry Mason, a longstanding worker at Bristol Street Motors Vauxhall won the hearts of viewers last month as he unknowingly told the dealer group’s CEO how he did not feel valued.

The single Dad was working as a subcontractor at the time and told Forrester that it was hard to supply for his teenaged son after his partner passed away.

Forrester stepped up and made Mason a full-time member of the team and the valeter has now received yet more recoginition.

He has been presented with the company’s Masters Valeter of the Year Award, which recognises consistency in delivering the highest standard of service and overall contribution to the dealership.

Mason was nominated by general manager Liam Fenwick who praised his work ethic in the nomination.

He said: ‘Terry is an absolute one-off. He has an unbelievable work ethic and has the energy, effort, and enthusiasm to do a proper job no matter what task he is set, the type of attitude that is priceless.

His attention to detail is phenomenal. As well as his day-to-day roles he is always willing to help anyone no matter what department.

Terry is a real asset to our dealership and a key part of our recent success so I feel I would be right to recognise his daily contribution to the dealership performance.’

Robert Forrester, chief executive of Bristol Street Motors, added: ‘I had the absolute pleasure of meeting, and working with, Terry during the filming of Undercover Big Boss.

‘He is hard-working, dedicated, and willing to go the extra mile to help his colleagues and I was pleased to have the opportunity to get to know him and to reward him for his commitment.

‘Liam nominated Terry for a Masters Award before he become a TV star, and quite rightly so.

‘He epitomises all the qualities we look for in a colleague.’