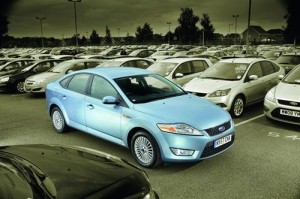 MORE than half of faulty used cars reveal their problems within a month of purchase, according to Citizens Advice.

These findings coincide with the launch of a new month-long campaign starting in National Consumer Week by the Citizens Advice, Citizens Advice Scotland and the National Trading Standards, to help prevent customers from buying dodgy used cars.

Citizens Advice helped resolve more than 84,000 problems with second-hand cars in the past 12 months, in which drivers spent approximately £363m on the faulty vehicles.

Second-hand car sales by independent dealers have in fact been labelled as the ‘top complaint’ made by motorists to Citizens Advice, according to the BBC. This has prompted the government to announce a commission, which will look at the reasons behind high levels of complaints surrounding used car sales, while consumer and industry groups have been invited to discuss the unfortunate trend and report their findings next spring.

An analysis of 2,519 complaints made to the Citizens Advice consumer service in the first two weeks of September found 83 per cent were complaints in which over half of vehicles developed faults within a month of purchase, four of out five cars required essential repairs and 139 cars were worthy of the scrap heap.

These essential repairs include corroded brake pipes, snapped clutch and smoke emerging from the engine. While other common problems experienced by buyers included substandard services, misleading advertising and incorrect information about the vehicle.

Citizens Advice chief executive, Gillian Guy, said: ‘People are spending, on average, over £5,000 on a second hand car with many drivers saving for months on end or taking out expensive finance packages in order to afford it.

‘The second hand car industry needs to put the brakes on malfunctioning motors by making sure the cars they sell are in good working order. That way people aren’t wasting their time or money trying to fix issues that should never have been there in the first place.’

Chief executive of the Trading Standards Institute, Leon Livermore, said: ‘In this age of austerity, it is important for consumers to have the right knowledge when buying a used car.’

Consumer Minister, Jo Swinson, added: ‘Last year, more than seven million used cars were sold in the UK. As Citizens Advice’s figures highlight, too many consumers end up footing the bill when their car needs repairs or, worse still, ends up on the scrap heap just weeks after purchase.

‘Consumers need to know what to look out for when buying a used car. The ‘Check it, don’t regret it’ campaign during National Consumer Week is an excellent way of making people think about some of the basic checks they should be doing before parting with their hard earned money and stop those traders looking to exploit buyers in their tracks.’