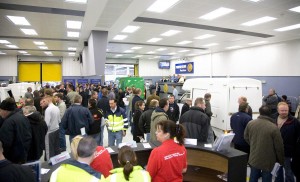 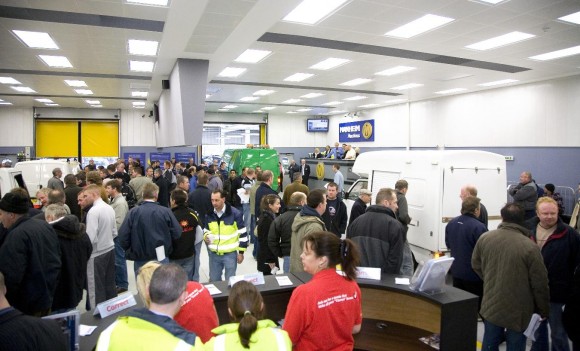 VAN values increased by 5.5 per cent during 2013 despite a substantial rise in average age.

According to Manheim’s latest wholesale market analysis, the average LCV value at auction rose from £4,179 in December 2012 to £4,405 last month.

Meanwhile, the average age of vans that went under the hammer increased by three months from 60 up to 63 during 2013 with approximately 1,200 more miles on the clock.

James Davis, head of commercial vehicles at Manheim, said: ‘Comparing an average van at auction today, to one we would have seen a year ago, highlights the remarkable state of the current market.

‘Today’s average van is three months older and has around 1,200 more miles on the clock compared to a typical van at auction in December 2012. The big difference is, today’s van is £226 more expensive.’

According to Manheim, this rise in values has been driven by the ongoing shortage of good quality, low mileage vans at auction.

Meanwhile, car derived vans aged between three and four years old now hold a £668 higher average selling price compared to December 2012. This can be attributed to them being four months younger and having 5,000 fewer miles compared to a year ago.

Despite the fact that 64 per cent of small panel vans sold in December were over 60 months in age, these vehicles saw a year-on-year increase in value of £327.

Davis added: ‘The wholesale CV market is highly sensitive to supply and it has always been challenging to predict de-fleet volumes. Indeed, it is the scarcity of good stock coming up for auction now, which can be traced back to the recession of 2008, which is largely responsible for the current market conditions.

‘That said, those corporate fleets with access to funds back in recessionary times, could really reap the benefits of de-fleeting three to five year old product in the current market, which is starved of such product.

‘Looking ahead, there is more optimism around the business sector in 2014, with lending to small and medium enterprises reported to have increased and housing and construction projects restarting. I therefore think we will see van prices remaining strong in the first quarter of the year.’