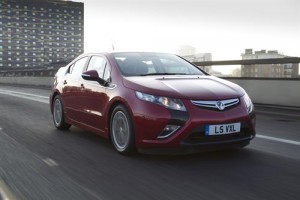 A VAUXHALL advert for the Ampera has been banned by the Advertising Standards Authority (ASA) for misleading customers by comparing the car’s range with pure electric vehicles.

The Ampera is an extended range vehicle which can ‘drive 25 to 50 miles on a full battery charge – then go a further 310 miles’ according to Vauxhall’s website.

A complaint was made about a regional press advert that read: ‘Compared to other electric cars, the Ampera, with up to 360-mile range…’

General Motors responded that according to SMMT guidelines, an extended range vehicle does come under the umbrella of electric vehicles. They also stated that electric vehicles had become mainstream enough for customers to recognise the difference along with a full explanation being given in the small print of the advert.

The ASA explained that despite the headline of the advert stating that the Ampera is an extended-range vehicle, because the electric car market is still relatively new, most customers would not be familiar with the term and took this into account.

The ASA concluded: ‘We noted the small print explained that the extended range was achieved by a petrol engine generating electricity, but considered that it was not sufficiently prominent to remove the overall impression of the ad that the Ampera was a pure battery electric vehicle and therefore the 360-mile range would be achieved by electricity alone.

‘Because that was not the case, we concluded that the claim ‘Compared to other electric cars the Ampera, with up to 360-mile range’ was ambiguous and gave a misleading impression of the car’s capabilities.

‘The ad must not appear again in its current form. We told General Motors UK Ltd to ensure that they clearly explained how the car worked in future advertising.’