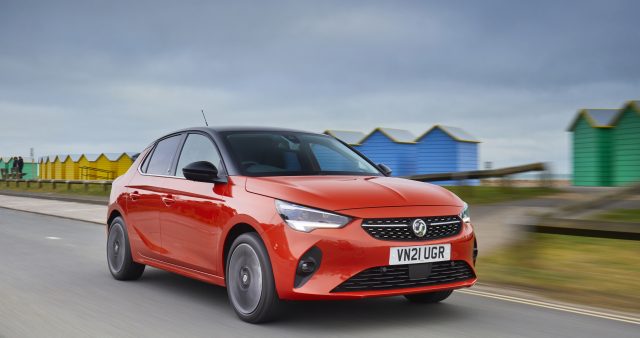 Vauxhall has slashed prices of its electric Corsa and Mokka models by £3,000 in light of the government’s revisions to the Plug-in Car Grant.

The British brand has reduced prices of the Corsa-e and Mokka-e by a chunky £3,000, meaning all models now dip under the new £32,000 threshold for the Plug-in Car Grant (PiCG).

Vauxhall is the first car manufacturer to announce it’s cut prices in response to the government’s changes to the plug-in car grant.

The Stellantis-owned firm was quick to criticise the government’s move last week which was announced with no warning, saying it sent a ‘confusing message to UK consumers’.

On December 15, ministers changed the threshold for the grant and eligibility criteria.

The government said it made the changes to target ‘less expensive models’ and because of soaring demand in EVs.

Announcing the price cuts, Vauxhall MD Paul Willcox said: ‘Vauxhall wants to move the UK to electric motoring as quickly as possible, which is why we have committed to being an electric-only brand from 2028.

‘In light of a further evolution to the government Plug-in Car Grant, we have taken the decision to change our pricing policy on our all-electric Corsa-e and Mokka-e models.

‘With more attainable pricing from significant reductions on both models, as well as the grant, we hope to put zero-emissions-in-use motoring within the reach of even more British motorists.’

The price cuts come just as Vauxhall introduces improvements to the electric ranges of the Corsa-e and Mokka-e.

The Corsa-e can now cover a WLTP-tested 222 miles on a full charge, up from 209 previously, while the Mokka-e can travel up to 209 miles, previously 201 miles.