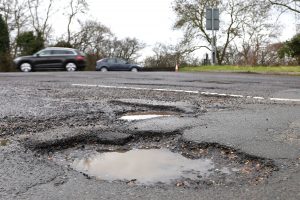 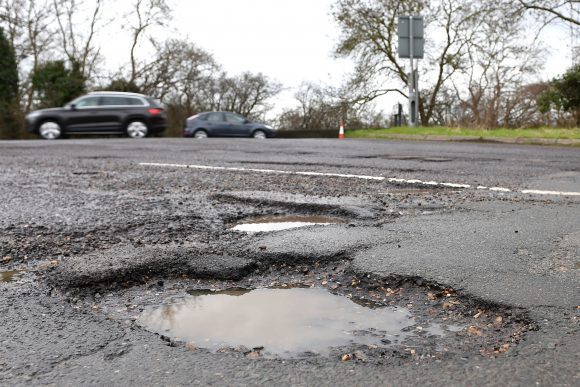 CHANCELLOR Philip Hammond has announced a £30bn investment package for England’s roads in his Budget – to be paid for by the vehicle tax.

It will include an immediate £420 million of funding for repairing potholes and damaged local roads as well as bridge maintenance – on top of £300 million already available – while £28.8 billion will be earmarked for motorways and major trunk roads. A further £150 million is to be made available to tackle hotspots in local congestion.

It marks the first time that vehicle excise duty (VED) will be ring-fenced for use exclusively on roads. Former Tory chancellor George Osborne made the pledge in 2015.

Hammond has pledged that all VED paid from 2020 to 2025 will go to Highways England, the government-owned company responsible for the country’s motorways and major trunk roads.

However, motoring organisations have criticised the funding, suggesting it’s a drop in the ocean compared with the amount of money actually needed to repair the damaged roads.

Edmund King, president of motoring organisation and breakdown recovery provider the AA said: ‘The new £420 million for potholes is an immediate ‘treat’, which has to be spent by the end of April. However, the ‘trick’ is the pothole backlog of £9 billion, therefore the treat is a drop in the ocean.

‘The race is on to get working on UK roads before winter sets in. We hope councils will be able to treat roads before they get dangerously tricky.’

Alex Buttle, of car-buying comparison website Motorway.co.uk, agreed, saying: ‘It sounds like a big number, but a recent report suggested councils already have a shortfall of £556 million just to fix the issue in 2017/18, so this won’t even cover this year’s deficit.”

Labour’s shadow transport secretary, Andy McDonald, disagreed with the funding altogether, calling major spending on motorways ‘unsustainable’. He said: ‘With car dependency rising, public transport in decline and local roads in a state of disrepair, ramping up spending on major roads is the wrong decision.’

The chancellor also announced that fuel duty would be frozen – the ninth consecutive year that it has stayed the same – as would the insurance premium tax.

RAC head of external affairs Pete Williams said: ‘The government made a commitment three years ago to ring-fence all the money collected from vehicle tax from 2020/21 to maintain and improve our most important roads. It is good to see the chancellor delivering on this promise.’

He added: ‘We welcome the chancellor’s decision not to increase Insurance Premium Tax. After three rises in the last three years, motorists can breathe a sigh of relief that they will not face a further tax hike on their car insurance costs.’

MORE: Want to be a car dealer? Get your essential guide to the trade for just £9.99!