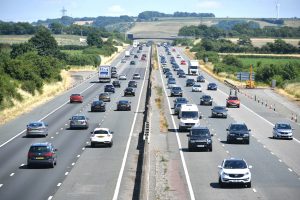 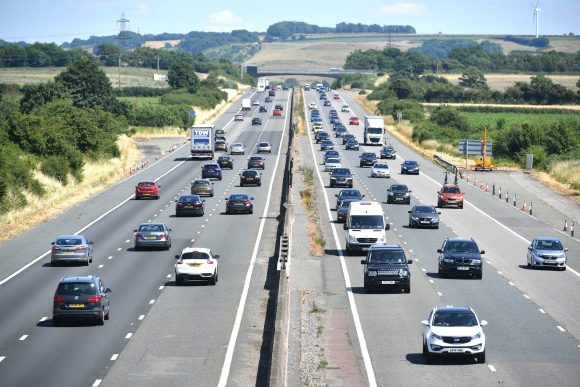 PHILIP Hammond will announce today what is being billed as the biggest ever cash injection for England’s largest roads when he delivers his annual Budget statement.

The chancellor is expected to tell MPs that he is setting up a £28.8 billion fund to upgrade and maintain the country’s motorways and other major routes.

The programme – to run over five years from 2020 to 2025 – will be funded in part by revenues from vehicle excise duty, the first time the tax has been ring-fenced for use on the roads network.

It outstrips the £17.6 billion invested over the previous five-year period and represents a 40 per cent increase in the budget of Highways England.

At the same time, Hammond will allocate a further £420 million to councils to fix potholes and carry out other repairs after a harsh winter followed by a scorching summer took its toll on the local road system.

The additional spending comes on top of the annual £1 billion highways maintenance budget and the recent £300 million pothole repairs fund.

Ministers argue that the investment will ease congestion and reduce journey times, helping to raise productivity while improving road safety.

In other moves, the Transforming Cities Fund will be extended by £680 million to support local ‘sustainable transport’, including new buses, trams and cycling routes.

The chancellor is also setting aside another £90 million to test next-generation methods of transport, with the creation of new ‘future mobility zones’ in three city regions.

The new systems to be tested could potentially include self-driving shuttle services, electric bikes and extending digital payments to cover more methods of travel across more cities.

Motoring organisations have welcomed the announcement, with RAC chief engineer David Bizley commenting that it was ‘good news’ for the nation’s motorists.

‘While the focus of this cash injection is strategic and major roads, it is also positive that other local roads will benefit to some extent,’ he said.

‘But what is also needed is similar long-term strategy and funding for the maintenance and improvement of all local roads, so that we can over perhaps 10 years eliminate the backlog in preventative maintenance that has led to so many potholes appearing during periods of adverse weather.’

However, the commitment by the chancellor to invest in the road network was strongly condemned by others.

Liz Hutchins of Friends of the Earth said: ‘Earlier this month, UN scientists warned that we only have a dozen years to prevent catastrophic climate change.

‘Yet rather than investing in a low-carbon economy, the chancellor is gearing up to create more pollution that wrecks our climate and damages our health by investing billions of pounds in roads.’

Labour shadow transport secretary Andy McDonald added: ‘With car dependency rising, public transport in decline and local roads in a state of disrepair, ramping up spending on major roads is the wrong decision.

‘It simply isn’t sustainable to repeatedly ramp up major road spending, especially at a time when air pollution causes 40,000 premature deaths each year and climate change is threatening a global crisis.’

MORE: WLTP and investment take their toll on Pendragon as it anticipates £10m profit drop