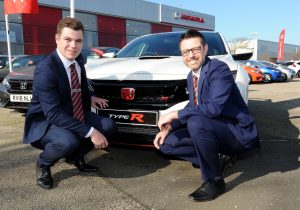 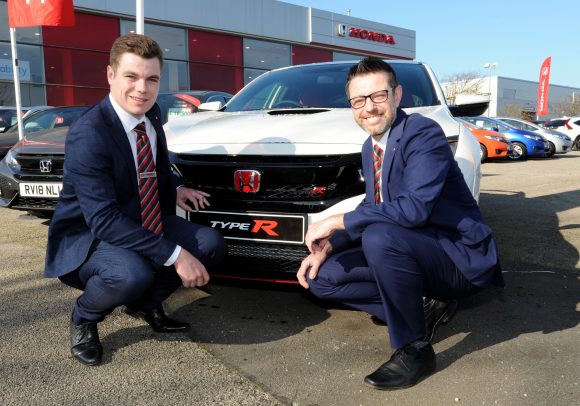 Former sales manager Matthew Hodgkinson (right) will now oversee the company’s Lincoln and Boston sites as general manager, and Chris Dibley (left) has been promoted to business manager at Vertu Lincoln Honda in a promotion from his sales executive position at Vertu Nottingham Bikes.

Hodgkinson has worked in the motor retail industry for more than a decade, and progressed through a series of positions including business manager, sales manager and general manager at Vertu Boston Honda.

He was awarded the title of ‘General Manager of the Year’ at Vertu Motors’ CEO Awards in 2017, and has grown the Boston dealership into one of the top 10 performing site among Honda’s UK dealer network.

Hodgkinson said: ‘It is inspiring to work for a company that actually lives and breathes its own values. Vertu Motors is genuinely interested in seeing its people progress in their careers, as long as you work hard and show passion and enthusiasm.

‘I have worked with the company for 10 years now and I have been given lots of opportunities to better myself, which I am very thankful for. I am excited to oversee another Honda dealership and with help from a fantastic team, I look forward to making it the best site it can be.’

He said: ‘I am keen to take the next step in my career and would like to thank Vertu Motors for the brilliant opportunity. I have been aware of Matthew’s work for a couple of years now and am delighted to be working with him.’