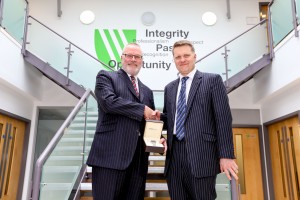 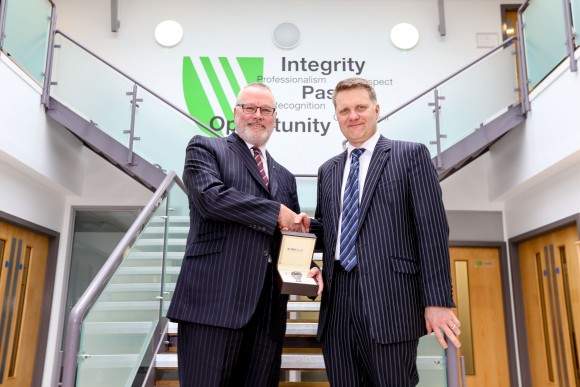 THE man who established and managed the fleet division at Vertu Motors has retired after nearly half a century in the motor trade.

Vertu Group Fleet, part of Vertu Motors PLC, said farewell to David Jewell who joined the company in 2008. He will be replaced as general manager for the division, Paul Lowdon, who has worked for the company since 2006.

Jewell began his career in the motor industry in 1968 as a junior sales executive at a Chrysler dealership in Newcastle. During his eight years with the business, he oversaw the launch of the fleet division, marking the start of his long and successful career in the sector.

In 1975, Jewell joined the Cowie Motor Group for three years before moving to Ford Motor Group as fleet manager until 1981. He then re-joined Cowie Motor Group, renamed Arriva in 1998, where he met his successor Lowdon and long-time colleague Caroline Imrie.

The trio moved to Reg Vardy in 2003 to set up its fleet business, before meeting again five years later to form Vertu Group Fleet – they have been with the business ever since.

Since launching the fleet division, Jewell has watched his team increase from just three to 20 members, while the fleet itself has risen from 500 to 10,500 vehicles in eight years of business.

He said: ‘I have loved every minute of leading the fleet division at Vertu Motors. Having been at the company from such an early stage, it has been incredibly fulfilling to watch it grow and develop into a thriving business.

‘Thanks to continued dedication from Caroline, Paul and the rest of the team, I feel proud of everything we have achieved at Vertu Group Fleet over the last eight years. I am sad to be leaving the team but can leave happily knowing that the division is in safe hands with Paul.’

Robert Forrester, CEO of Vertu Motors PLC, added: ‘David has been a huge asset to the fleet division and the Group as a whole since joining in 2008.

‘Through his knowledge, commitment and leadership, he has built the fleet division from the ground up to be one of the most successful sectors of the business, all while delivering a consistently high level of service to all our fleet customers.

‘His presence will be sorely missed by all of his colleagues. We wish him all the best in his retirement.’