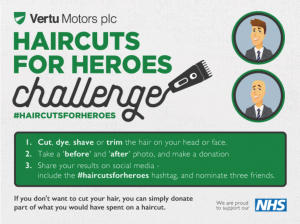 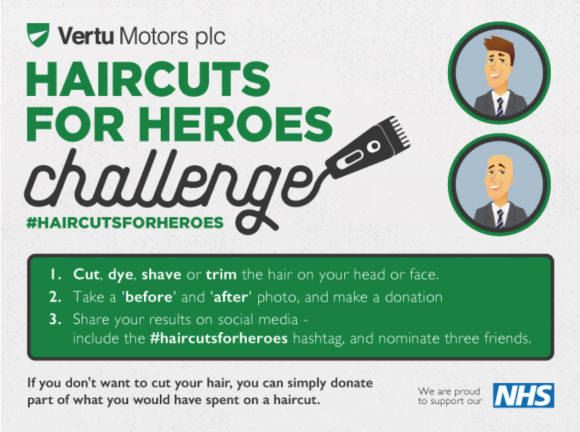 Dealership group Vertu Motors has launched a Haircuts for Heroes challenge to raise £20,000 for frontline NHS staff and volunteers caring for Covid-19 patients.

It’s asking colleagues who are going down the DIY hairdo road during lockdown to donate some of what they would have normally spent at their barbershop or salon to its appeal in aid of NHS Charities Together.

They are also being encouraged to publish ‘before’ and ‘after’ pictures on social media and try to get their friends to follow suit – or should that be ‘follow hirsute’? – and after chief executive Robert Forrester tweeted about it, people were keen to show off their endeavours

My Sons took care of my husbands yesterday! Thanks to @simonelliott33 for the nomination pic.twitter.com/g5ApaLmXgr

while some vowed they would do so shortly…

I need to give it another week before the clippers arrive boss might as well make it worth it pic.twitter.com/wPb8IUOIRU

Vertu Motors has published an online template for people to use –  which adds that people can also donate without cutting their hair. Donations can be made via https://www.justgiving.com/fundraising/haircuts-for-heroes.

VIDEO: Our business will never be the same again, says Robert Forrester