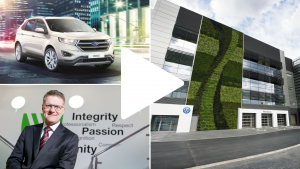 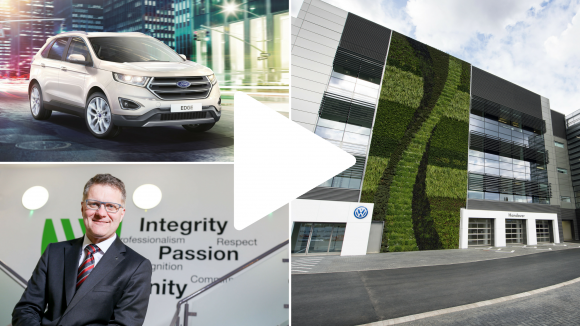 GET YOUR Car Dealer news for the week condensed into one video. This week on the Trade Plates TV news show our top stories are Volkswagen’s new flagship store in West London, already 60,000 Ford Edges have been configured online and Vertu Motors acquisition Leeds Jaguar.

Watch the video by clicking below.

Volkswagen opens doors to new flagship London showroom
Volkswagen has opened the doors to its largest UK showroom to date. The multi-million pound development, located just off the A4 in West London, instantly becomes the new flagship retailer site for the German car brand in the UK.

Vertu extends Farnell brand after acquiring Jaguar Leeds
Vertu Motors has announced the acquisition of Leeds Jaguar from Inchcape Retail Limited for £650,000. The business, which is the fifth largest automotive retailer in the UK, will operate from its current premises in the short term and will then relocate to a newly developed site alongside the Group’s existing Leeds Land Rover operation.

Online configurations hit 60,000 for Ford Edge in the UK
More than 60,000 Ford Edge vehicles have been configured online since January 2016, as right-hand-drive models roll off the production line for the first time.Ford data shows the flagship Sport model as the most popular choice, making up 49 per cent of the configurations, while just 11 per cent account for the lead-in Zetec series.

Ray Sommerville joins GardX to help drive firm’s expansion
Ray Sommerville is joining GardX International as non-executive chairman.Sommerville has an extensive background within the automotive industry and has been a well-known and respected figure for many years.

Pendragon reports like-for-like profit growth for 2016 Q1
Pendragon plc has reported a pre-tax profit increase of 8.7 per cent for the first quarter of 2016. In an Interim Management Statement for Pendragon, the UK’s leading automotive online retailer reports an increase in new, used and aftersales gross profit compared to the same period last year.