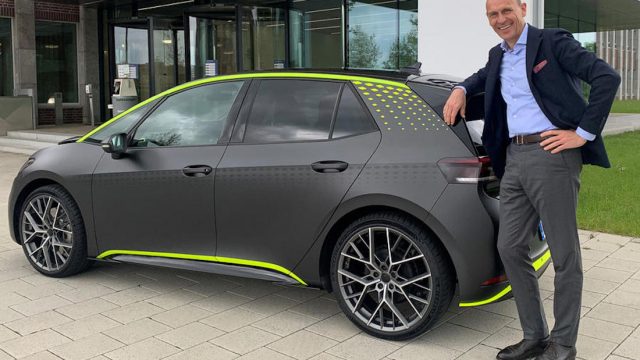 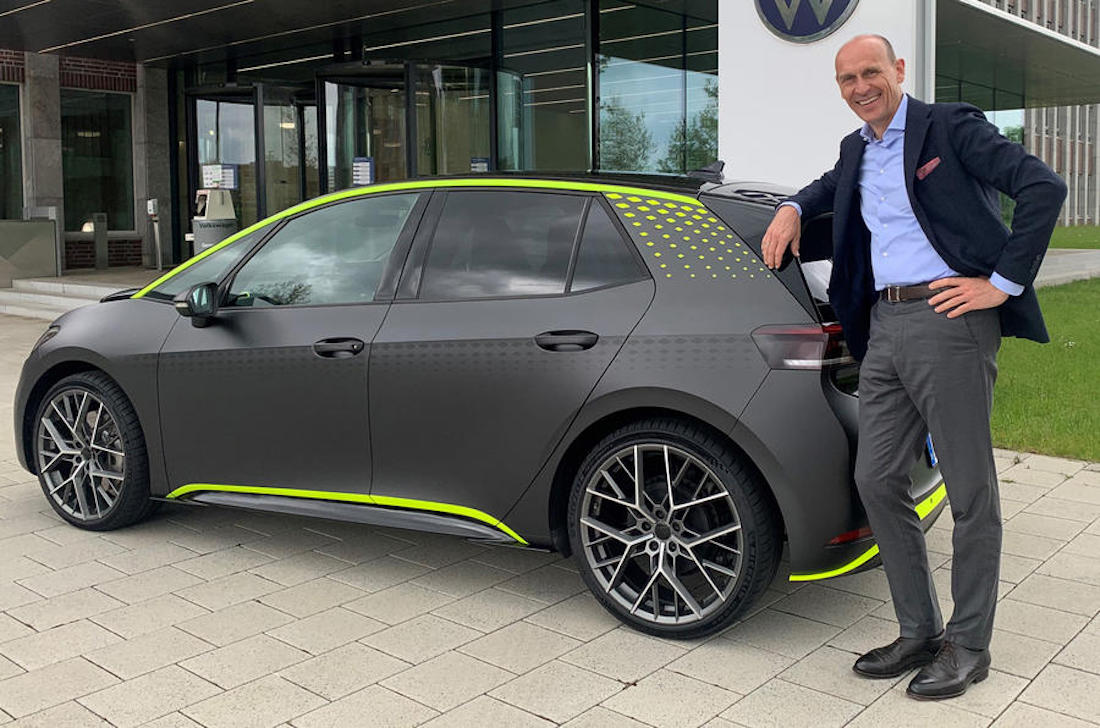 Based on an ID.3 hatchback, this fun project from engineers at VW’s EV division. uses the powertrain from the ID.4 GTX, which Volkswagen is calling its first electric performance car. 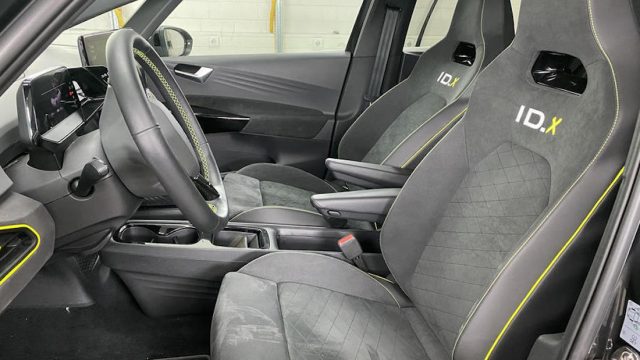 The ID X also has all-wheel drive, which probably means the power hike has been achieved via the GTX’s twin-motor system.

In his post on the professional networking website, chief executive Ralf Brandstätter said: ‘We just introduced the ID.4 GTX.

‘Our first electric performance model is very well received. Even with our engineers – because with it they have discovered the fun of developing high-performance electric cars. And so we just let them do it.’

Brandstätter, who has tested the running prototype, said he was ’thrilled’ by its performance. It boasts a 0-60mph time of 5.3 seconds, helped by being 200kg lighter than the regular ID.3.

The ID X also has a ‘drift mode’, which prioritises power to the rear wheels, allowing the car to slide in a controlled way.

Although the ID X isn’t yet down to be manufactured, VW is very likely to build electric hot hatches sooner rather than later.

Its sporty GTI models have a cult following that has proved invaluable in building its brand image – something it’ll undoubtedly want to continue with its ID brand.