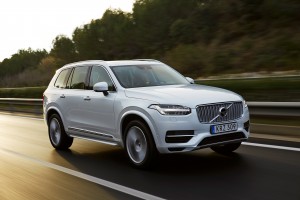 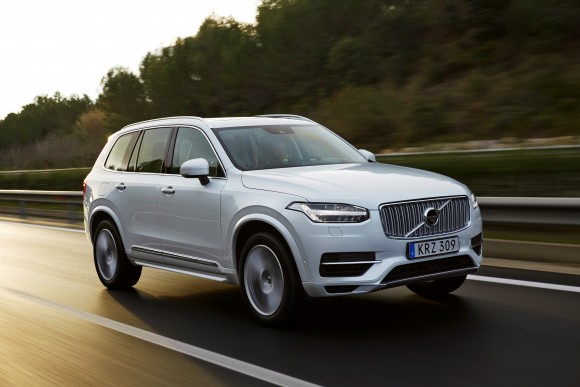 The all-new XC90, Volvo’s premium seven-seat SUV, is hugely important for the Scandinavian car manufacturer. It represents the first step in the company’s rejuvenated product range and has been designed to deliver a ‘new kind of luxury car experience’. To us, it exudes a distinctly Volvo vibe – it feels more relaxed than some of its rivals from further south in Europe. At the same time it’s on an equal footing in the areas of engineering excellence, build quality and technology. A visually-striking and characterful four-wheel-drive SUV, it exudes Swedish style – although Volvo realise that it won’t be seeing much off-road action. It’s the first car to be constructed on the company’s brand new SPA platform. Volvo boasts that it has thought-through safety and convenience features, luxurious comfort levels, adaptable drive settings and stunning design. It’s hard to argue.

All engines fitted will be from the new four-cylinder Drive-E engine range, designed to provide outstanding performance and fuel efficiency. The diesel D5 – set to be the most popular

Impressive – but of course the car isn’t cheap. We drove the expected bestseller, the D5, and it really is pretty special. Three trim levels are available: Momentum (entry level); R-Design (with a sporty feel) and Inscription (luxury). Standard across the range are Volvo’s Sensus navigation system, delivered via a very clean-looking tablet-style touchscreen, LED active headlights with ‘Active High Beam’, hands-free tailgate opening system, keyless entry and drive, auto-dimming interior and exterior mirrors and DAB digital radio. The Inscription’s interior really is a thing of beauty.

We loved it. We got the chance to put all three engines through their paces and our pick was the one destined to be the best seller, the aforementioned D5. There are no complaints with the T6 and T8, but when accelerating at speed, it just felt a little more at ease with itself than the T6 in particular. The car was a consummate performer – with a supreme degree of ride comfort and sure-footed in corners.

Car and Driver said: ‘Volvo has advanced its safety technology to new levels, while at the same time imbuing the family hauler with understated yet classy styling.’

The XC90 is such a refreshing car to drive. You can tell instantly that you’re entering a world of relaxation and refinement and it’s the little details that have been thought about that make it something really special.