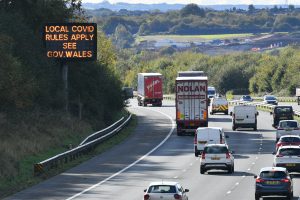 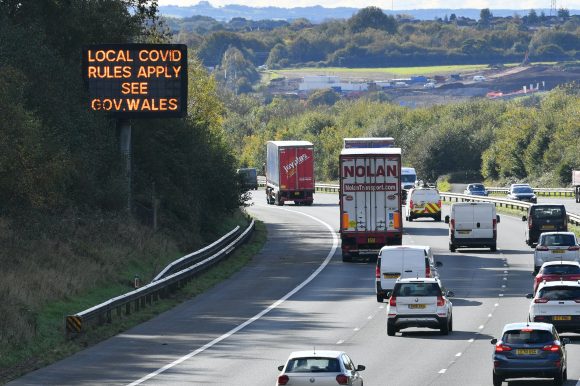 Welsh car dealers face a two to three-week ‘fire break’ lockdown which will force people to remain in their homes and businesses to close.

Welsh First Minister Mark Drakeford has said this lunchtime that while no final decisions have been made, his government planned to give the virus a ‘short, sharp shock’.

He told a press conference that his plan would see people confined to their homes and businesses shut from Friday, October 23.

An announcement is due as soon as Monday.

Cardiff based car dealer Richard Hughes of White Dove Motor Group said his business was already down 60 per cent with the travel restrictions in place banning those in affected areas from leaving their areas.

He pointed to the devastating impact that current restrictions have had on local restaurants with many already only operating at weekends and many already shut down for good.

Hughes added: ‘If we are forced to close, the manufacturers are going to need to guarantee bonus monies. I’m not sure we will get all new cars sold delivered in any case.’

Drakeford told reporters: ‘This would be a short, sharp shock to the virus, which could turn back the clock, slowing down its spread and buy us more time – and vital capacity in the NHS.

‘A “fire-break” would also mean a short, sharp shock to all our lives – it would mean shutting down businesses and the economy.

‘We would all have to stay at home to once again save lives. But this time it would be for weeks not months.

‘We’re considering a two or three-week “fire-break”. The shorter the period, the sharper the measures will have to be.’

A spokesman for the Welsh Government told Wales Online that the measures being considered were based on advice from both the UK government’s advisory body Sage and Wales’ own Technical Advisory Group of scientists.

He told Car Dealer: ‘I think this is inevitable and all looks set to come in next Friday.

‘I suspect key areas in England will then follow with more restrictive measures that will undoubtedly move into the business sector rather than just focusing on social movement.

‘The key will be the level of communication from the government on which sectors are included and our industry’s response if we are able to continue working.

‘I maintain that our industry, in the main, far exceed Covid-19 safety measures seen in other retail environments.’

Meanwhile, a travel ban preventing people from areas of the UK with high levels of coronavirus from entering Wales will come into force today too.

The restrictions are expected to come into force from 6pm, and immediately prevent travel from areas in England in tiers two and three, the central belt of Scotland, and the whole of Northern Ireland.