Auto Trader’s £200m swoop for leasing broker Autorama has raised eyebrows in the motor trade – but why did the advertising giant want it?

The company, which trades as Vanarama but sells cars and vans, is a leasing broker that’s sold more than 120,000 cars to date.

Led by entrepreneur Andy Alderson, it has grown through aggressive marketing of the Football League, but has clocked up serial losses.

Autorama generated net revenue in 2021 of £26m and an EBITDA loss of £6m – after marketing costs of £9m – so why has Auto Trader spent so much on the firm?

David Kendrick, accountancy expert at UHY Hacker Young, said: ‘Wow! Whilst there is clearly more behind the deal headlines, the historic financials showing an EBITDA loss do not really correlate to the huge valuation indicated.’

Other motor trade contacts billed the deal as ‘crazy’ – not so much for the move itself, but more so for the price tag.

However, Auto Trader told Car Dealer this morning that the opportunity, especially given the firm’s recent successes brokering EV lease deals, was too good a deal to miss.

Alderson started Vanarama back in 2004 after dabbling in used car sales.

He switched the business fully to a leasing broker in 2007.

Car Dealer visited his set up last year and produced a special Car Dealer Live video (below) where he explained why, despite the fact they sell just as many cars as vans, he kept the Vanarama name above the door.

‘We invested so much in promoting the Vanarama name that we thought there’s really no point changing it just because we’re selling cars too – customers don’t care and when we realised that neither did we,’ Alderson told Car Dealer at the time.

Alderson is an inspiring leader and started the business with £50k he saved up from selling used cars, as well as a loan from the bank and remortgaging his house.

It’s not known how much of the £200m sale price he’ll bank, but it’s thought to be a sizeable chunk.

Kendrick said he thought the deal could be a clever move from the advertising monolith.

‘From a strategic point of view it appears a savvy move from Auto Trader who are currently a used car classified site in the main,’ added Kendrick.

‘This takes them into the market of being able to offer new vehicles to the end consumer, which could be significant.

‘Another one of the market’s big players diversifying into different areas of the industry – never a dull day at the moment.’

‘I didn’t see this coming,’ he told Car Dealer.

‘Auto Trader is clearly looking to expand into newer areas of the value chain for them and leverage the brand.

‘The headline price looks high, but I guess that will depend on what Auto Trader does with it over the longer term to extract value. Interesting move for sure.’

‘To grow they therefore need to expand vertically within the industry and this is clearly a significant step to expand their leasing proposition.

‘The price is very healthy, certainly compared to the stock market valuation of some of the listed motor retailers with significant leasing propositions and it will be interesting to see whether it moves Auto Trader’s multiple down, or the dealers’ multiple up.’

Dealers, meanwhile, have told Car Dealer they are skeptical of the move.

One family franchised dealership group boss told Car Dealer that he thinks it could cause ‘potential conflict’ with car dealers.

‘As a public company Auto Trader has to be seen to be growing, and with lots of choice for us dealers to advertise our cars on these days, diversification like this makes sense for them,’ said the dealer, who asked to remain anonymous.

‘I do think this deal puts them in direct competition with us, though.

‘While currently there are very few lease cars to go around as manufacturers want to sell them retail for full margin, that will come back.’

Other dealers we spoke to said there was a time when they felt they were ‘damned if they do, and damned if they didn’t’ when it came to advertising with Auto Trader.

One said: ‘It used to be a case of you had to advertise on Auto Trader to get leads, but it was expensive as a result.

‘These days there are choices, including pay per click, and I think Auto Trader has realised that and needs to diversify, hence this deal.’

Another franchised dealer boss – who was also fearful of putting his comments on the record – told Car Dealer that he was ‘shocked’ by the move.

‘It put them in direct competition with car dealers,’ he said.

‘What’s to stop them buying a dealer group next?

Some dealers pulled their cars from BCA as a result of Cinch’s launch as they felt it put them in conflict. 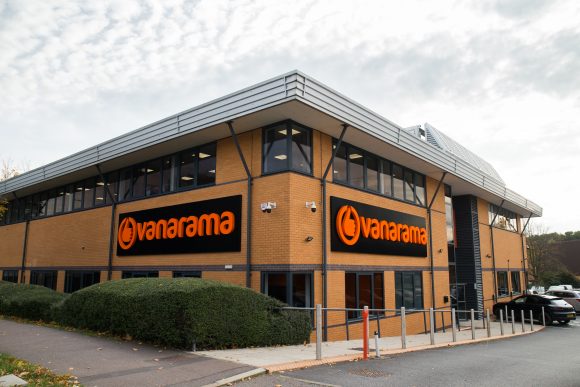 Auto Trader said the deal will strengthen their existing leasing business which already aggregated leasing deals on its website from a variety of leasing partners – Vanarama being one of them.

‘In Vanarama, we have found an industry leading leasing platform that delivers a great consumer experience and significant sales for its partners,’ said Nathan Coe, Auto Trader CEO, in the official announcement.

Catherine Faiers, chief operating officer of Auto Trader, told Car Dealer this morning that this was absolutely not about disrupting their core customer base.

‘Vanarama is a broker, not a leasing company, and facilitates deals in the leasing space,’ she said.

‘This is not about going into competition with car dealers.

‘Vanarama makes a commission from brokering the deal which is then delivered by car dealers.

‘They work directly with manufacturers and 150 car dealers in the UK already, and we were interested in them as they are growing in the EV space in particular.

‘We are not creating a segment or disrupting one. We think the leasing segment will grow and want to be part of it.’

Faiers explained that Auto Trader had been offering leasing deals via a network of brokers on its site up to now.

The Vanarama acquisition will add the firm’s call centre into their group and allow them to facilitate more ‘choice for consumers’.

‘The car dealers I have spoken to have understood the acquisition,’ she added. ‘We are not about to go and disrupt our core client base.’