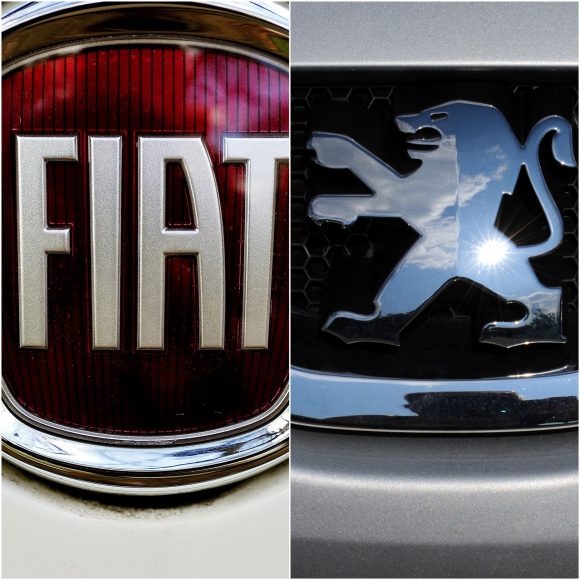 New car giant Stellantis, formed out of the recent merger of Groupe PSA and FCA, has been launched on the Milan and Paris stock exchanges.

Stellantis shares rose 2.5 per cent in Milan in early trading to 13.18 euros (15.91 US dollars), recovering losses to Fiat Chrysler from Friday.

He said: ‘The focus from day one will be on value creation from synergies, which will increase competitiveness vis-a-vis its peers.’

The brand will launch on the New York Stock Exchange today.

Chairman John Elkann, heir to the Fiat-founding Agnelli family, said that the new company has ‘the scale, the resources, the diversity and the knowledge to successfully capture the opportunities of this new era in transportation’.

A bold and ambitious plan is expected to be announced by Tavares and will undoubtedly see a raft of new electrified models, and details of shared technology.

The merger is aimed at creating five billion euros in annual savings.

While the 14 brands are diverse the future of some is in question, including that of Chrysler.

The new company will have the capacity to produce 8.7 million cars a year, behind Volkswagen, Toyota and Renault-Nissan.

Fiat Chrysler Automobiles, which was created from the merger of the Italian and US car companies in 2014, closed Friday down 4.35 per cent at 12.57 euros, having gained in previous days.

Its closing market capitalisation was under 20 bn euros, far off its 2018 highs of more than 30 billion euros.