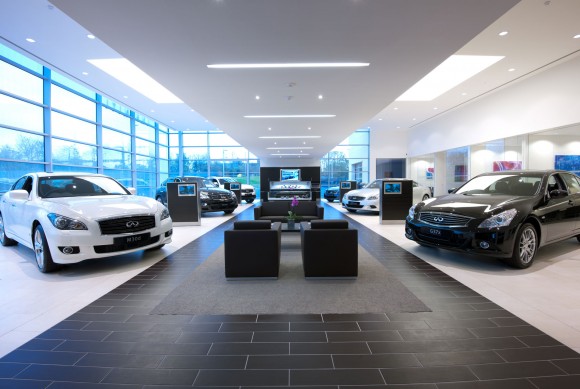 Japanese premium marque Infiniti has taken over control of a number of its UK centres, through a wholly owned subsidiary of the brand’s parent company, Nissan.

From January 1, these five ‘Infiniti Retail’ centres will be overseen by Managing Director Brendan Norman, who will report directly to Infiniti’s vice president for Europe, Middle East and Africa, Francois Goupil de Bouille.

Mr de Bouille said: “This is a change that reflects Infiniti’s commitment to establishing the brand and its products in the UK and in Europe overall. It is another building block of our business model. ”

Mr Norman, who is currently general manager of sales operations for Infiniti EMEA, also commented: ”Having direct control will bring us closer to our customers and allow us to adapt quickly in the fast-changing retail and digital environment. We have many exciting plans for Infiniti Retail and I look forward to disclosing some of these steps in the not so distant future.”

Under the agreement, existing dealership staff will be retained, to provide stability and to ensure Infiniti customers are unaffected by the transition.

This retail initiative comes ahead of UK production of Infiniti’s new crossover model, which is to be built at Nissan’s Sunderland plant.

The UK Infiniti dealer network is gradually expanding, with a new centre in Maidstone due to open in 2015, along with further sites yet to be announced.