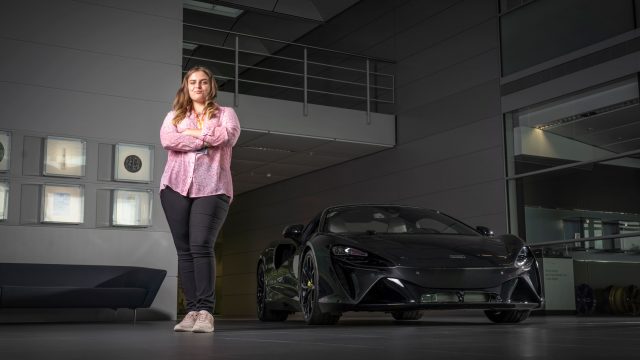 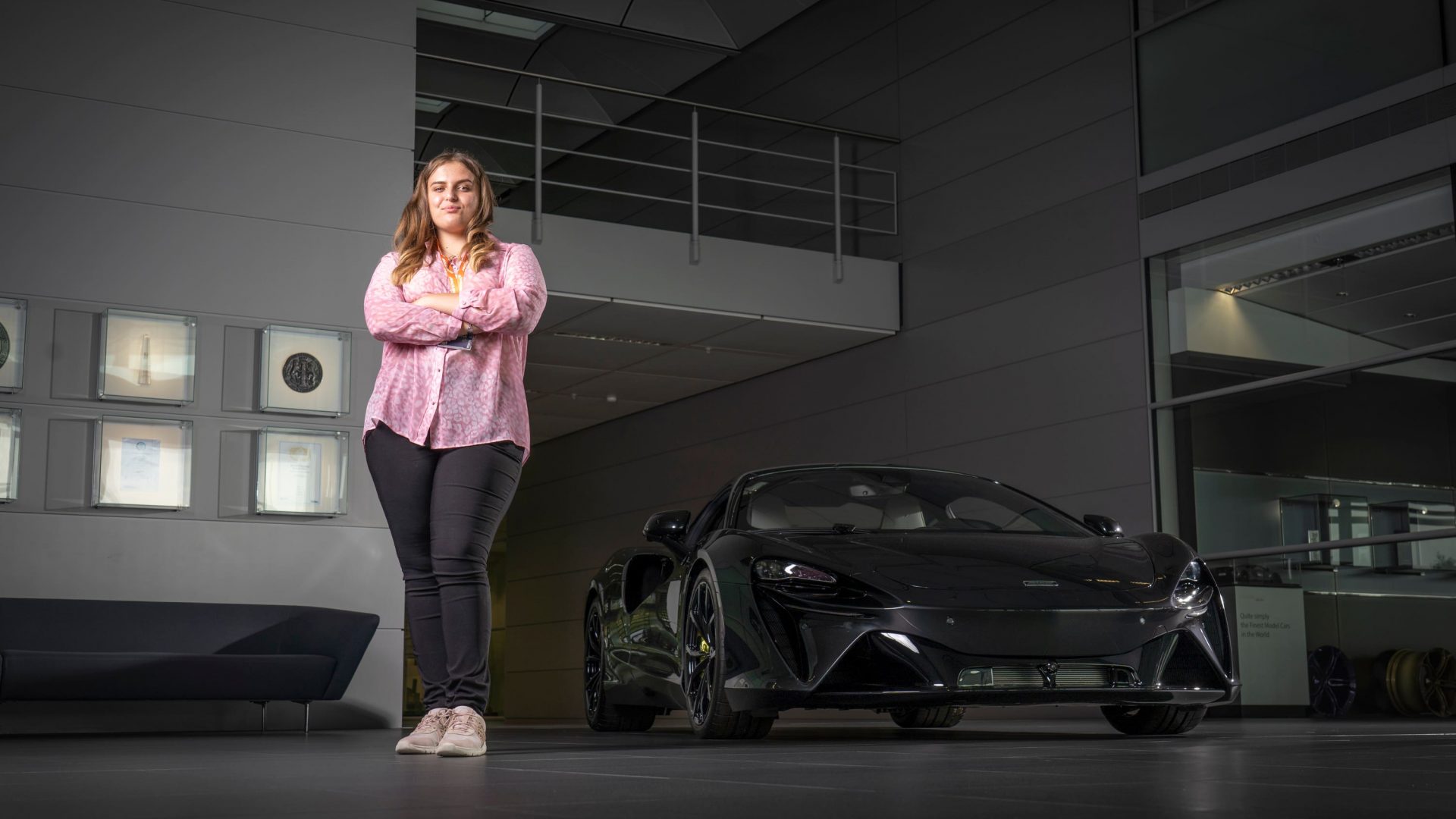 McLaren has appointed a 17-year-old as CEO for the day to celebrate International Day of the Girl.

The move is seen as a way of encouraging young people, and particularly young women, to take up science and engineering careers.

In a survey of 1,000 11-18-year-old girls in the UK, Plan International found that a quarter have wanted to try out science, technology, engineering and maths (STEM) subjects, but have been worried about being judged, or have been told they are for boys.

Furthermore, almost half of the girls said they had heard from friends and family or through the media that ‘girls are not good at STEM,’ while many said they were unsure about pursuing a career in the field because they had only seen boys doing it in the media.

Maisy said: ‘My day as CEO of McLaren Automotive was full of incredible moments but being part of building a supercar was amazing, and that’s not something many people can say.

‘Plan International is about smashing stereotypes, changing attitudes, and unlearning lessons, because a lot of girls think they should be playing with dolls and not cars, and that’s not right.

‘This partnership between McLaren Automotive and Plan International is inspiring young women to consider STEM careers and achieve their full potential.’

Maisy’s day began with a handover from Flewitt. Later, she led the executive team with various strategic decisions as well as collaborating with the company’s female business leaders, engineers, scientists and designers.

Flewitt said: ‘Having Maisy take over as CEO of McLaren for the day to celebrate International Day of the Girl has been both an enjoyable and valuable experience for me and the whole McLaren team.

‘Her ideas, insights and intelligence – as well as clear passion – will help us move forwards even faster on our efforts to achieve even greater diversity and inclusion.

‘Maisy also got to see the incredibly exciting and diverse range of talents we depend on to produce our supercars, and I hope, in the process, she has helped to dispel stereotypes associated with the automotive industry from a gender and skills perspective.’

McLaren says it is committed to holding workshops with 100 girls over the next 12 months, scaling up to 1,000 globally by 2025, as part of its work with Plan International.