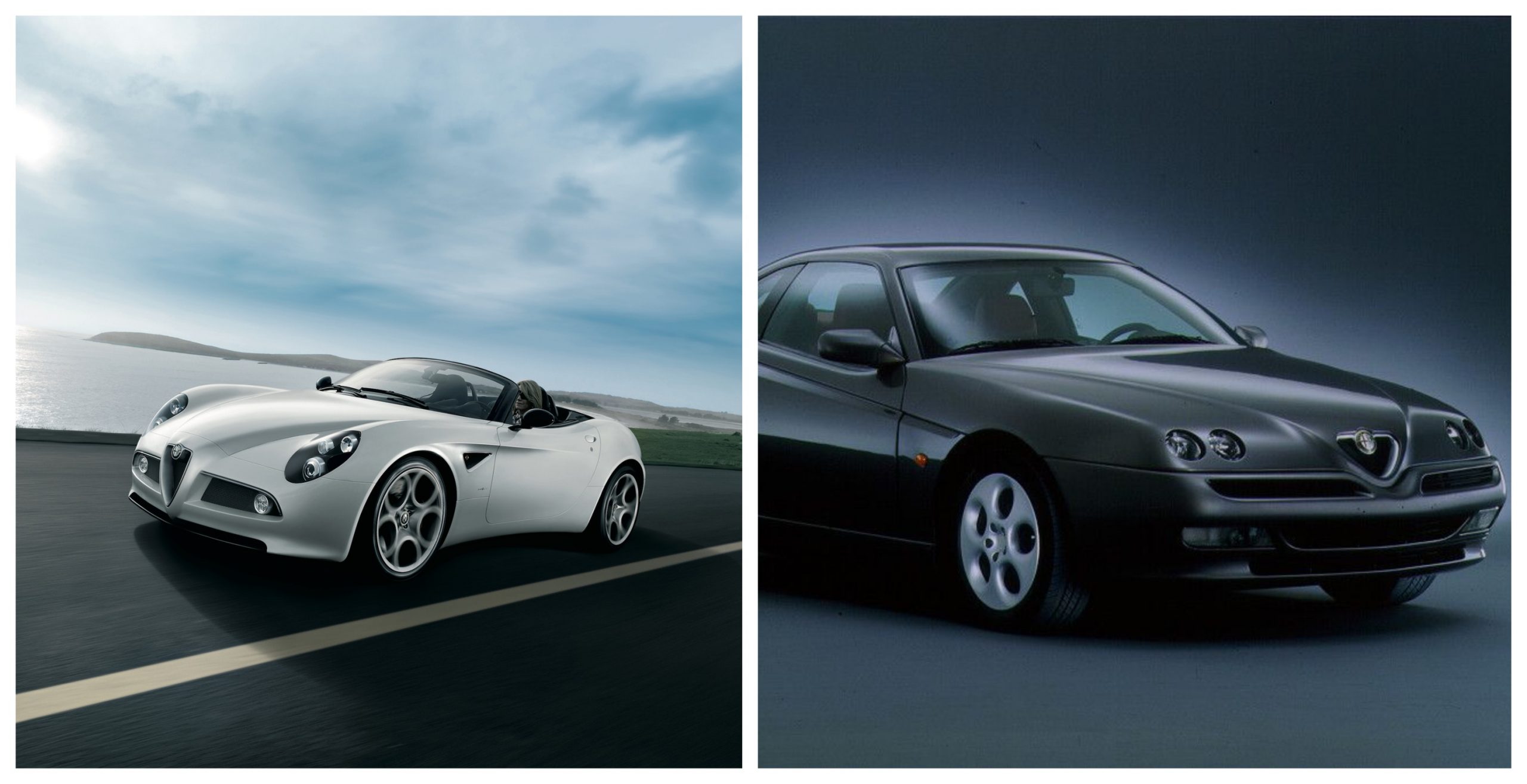 TWO of the most iconic Alfa Romeo nameplates are set to make a return in the next five years, the firm’s parent company has revealed.

As part of a newly revealed five-year plan by Fiat Chrysler Automobiles, the Italian manufacturer will reintroduce the 8C sports car and GTV coupe.

The new 8C will become the halo machine for Alfa Romeo, featuring a carbon monocoque chassis housing an all-wheel-drive hybrid drivetrain – with a twin-turbocharged mid-mounted engine coupled with an electrified front axle. The firm claims it will produce in excess of 700bhp, while delivering a sub-three-second 0-60mph time.

It’ll be the first time the 8C has made an appearance in the range since 2010, when we had a sports car in a similar vein, albeit with rear-wheel drive, that was hailed for its striking looks.

As for the GTV, the firm has confirmed a high-performance Quadrifoglio model is on the horizon – offering more than 600bhp in a two-door car with four seats, while boasting a perfect 50/50 weight distribution. It hasn’t confirmed if less-powerful variants will be on offer, but its predecessor, which was produced between 1993 and 2004, saw a number of engine options in the range.

Both models are two of six planned for Alfa Romeo before the end of 2022 – all of which will feature electrified drivetrains – with the goal of selling 400,000 vehicles that year. Other introductions will include long-wheelbase variants of the Giulia and Stelvio, along with two new SUVs.