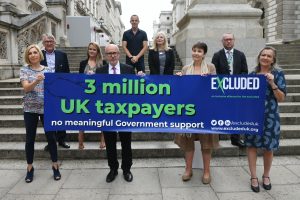 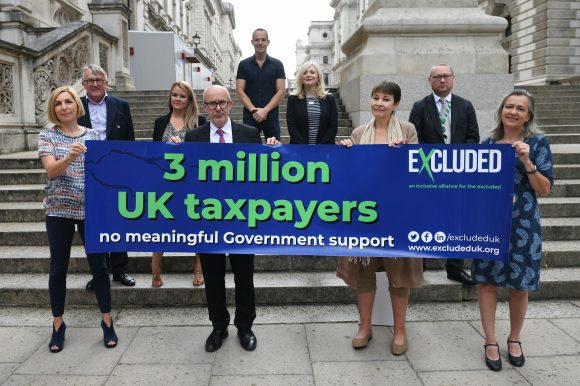 Self-employed workers can now apply for a second government grant to help bolster earnings during the Covid-19 pandemic.

The grant, known as the Self-Employment Income Support Scheme, will cover up to 70 per cent of their usual income for three months until the middle of October, up to a maximum total value of £6,570.

Around £7.8 billion has so far been paid to support 2.7 million self-employed workers – however, the second round of funding has done nothing to allay fears of a ‘cliff edge’ when the payments finish in October.

Labour has suggested that many self-employed job roles are unlikely to see demand bounce back for some time, including taxi drivers, electricians and plumbers.

Calling for further help beyond the autumn, shadow chancellor Anneliese Dodds said: ‘The Chancellor now plans to cut off support for every self-employed worker in the country from October – no matter whether they’re back at work or back under local lockdown. Just like his one-size-fits-all wind down of the furlough scheme, he’s pulling the plug at the worst possible time.

‘Without flexible, targeted support beyond the autumn, hundreds of thousands more self-employed workers will lose out and Johnson’s jobs crisis will get much worse.’

The Association of Independent Professionals and the Self-Employed also suggested that further help would be required beyond this extension – particularly with the potential of a second wave of Covid-19 towards the end of the year.

‘It is now clear from the sharp drop in the number of self-employed in the UK that this vital part of the workforce has had nowhere near enough support compared to employees,’ the association’s chief executive Derek Cribb told the PA news agency.

‘Two-and-a-half million people claimed for SEISS between May and June – just half of the total five million self-employed in the UK. Now, as the number of self-employed has fallen sharply for the second quarter in a row, we are seeing the consequences.

‘With the risk of a second wave looming, government must be ready to not only reopen SEISS, but also extend it to the desperately struggling forgotten self-employed. Historically, self-employed people have been essential for kickstarting the economy in recessions, but they cannot do this if they are driven out of business before they can play their part.’

Chancellor Rishi Sunak meanwhile said: ‘Our self-employment income support scheme has already helped millions of people, whose hard work running their own businesses is crucial to our economy.

‘It means that people’s livelihoods across the country will remain protected as we continue our economic recovery – helping them get back on their feet as we return to normal.’