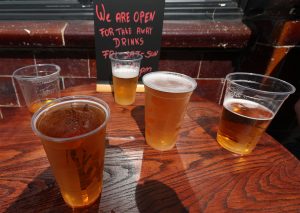 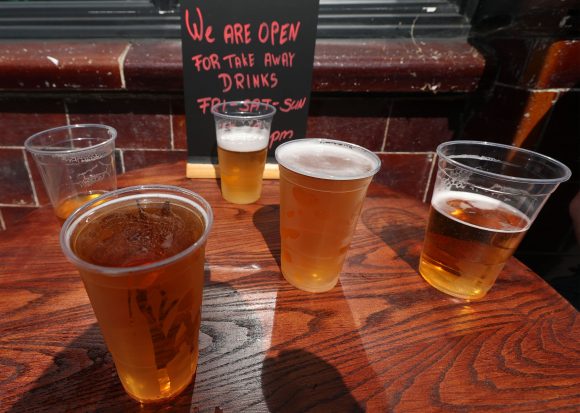 Boris Johnson has urged the nation to ‘behave responsibly’ when pub gardens reopen and restaurants resume outdoor dining in a major easing of England’s coronavirus lockdown.

Shops deemed non-essential will also reopen today, as will hairdressers, indoor gyms, swimming pools, nail salons and zoos in another stride back towards normality. However, social mixing indoors will remain heavily restricted, with around two in five adults yet to receive their first dose of a Covid-19 vaccine and the vast majority yet to get both.

Meanwhile, Wales will also enjoy renewed freedoms from today, with non-essential retail reopening and border restrictions eased to permit travel again with the rest of the UK and Ireland.

Leaders from the four corners of the UK will pay tribute to the Duke of Edinburgh on Monday as the royal family mourns the loss of ‘the grandfather of the nation’.

Politicians across Great Britain and Northern Ireland will offer their respects to Philip, whose death the Queen has described as ‘having left a huge void in her life’.

The early return of parliaments in London, Edinburgh and Cardiff come after a weekend which has seen all four of Philip’s children speak movingly about the loss of their father.

The Silence Of The Lambs star, 83, who is from Port Talbot, won the category for The Father, directed by Florian Zeller, about a man slipping into dementia. Hopkins won his first Bafta in 1969 for The Lion In Winter and he said he did not expect to be recognised again.

He did not appear virtually at the ceremony to accept the gong as he was busy painting in his hotel room.

David Cameron has accepted he should have communicated with the Government ‘through only the most formal of channels’ as he acknowledged mis-steps over the Greensill Capital lobbying controversy.

Breaking his weeks of silence, the former prime minister said in a statement to the PA news agency that having ‘reflected on this at length’ he accepts there are ‘important lessons to be learnt’.

But Labour said his attempt to draw a line under the issue on Sunday leaves ‘many serious questions’ unanswered, and demanded he addresses them before parliament.

More than half of children ‘want gaming on the school curriculum’

More than half of children think gaming should be incorporated into the school curriculum and would like to see extracurricular e-sports competitions created by their school or college.

A survey of 13 to 18-year-olds found that a majority of young people (55 per cent) believe gaming is a path to a future career – for example as a professional gamer.

However, a similar survey of parents showed they were more cynical about the presence of gaming in schools, with only a quarter of those asked (25 per cent) agreeing it should be a part of school lessons and only (32 per cent) saying they would be happy for their child to take part in a school-run e-sports competition. Although 40 per cent of parents did admit they thought gaming was a way into a future career. 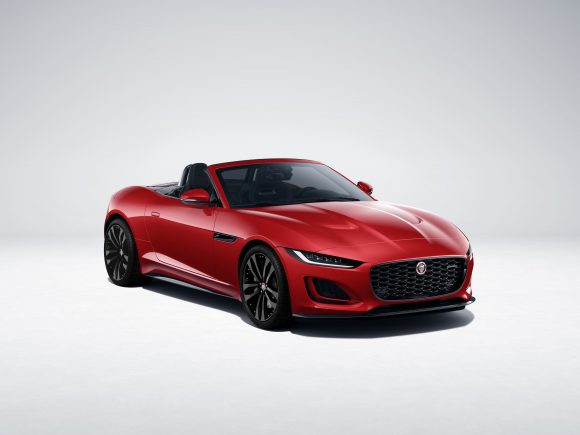 The Black builds on the R-Dynamic specification with an exterior pack that brings 20-inch alloy wheels with a gloss black finish that are not available elsewhere in the range. Meanwhile, the body is offered in a choice of three colours: Santorini Black, Eiger Grey or Firenze Red.

Hopes of rebound in business activity as economy starts to reopen

Firms are being urged not to ‘drop their guard’ on safety as more people return to work on Monday amid hopes of a rebound in business activity as the lockdown continues to ease.

The Federation of Small Businesses (FSB) said around half of smaller firms expect their revenues to increase over the coming three months, the highest proportion since the summer of 2015.

A survey of almost 1,700 business owners found that almost three out of five expect their performance to improve.

Motorway service area provider Roadchef is launching a recruitment drive to prepare for an expected increase in travellers as the economic lockdown continues to ease.

The operator said it is aiming to grow its workforce by a third by hiring 1,000 new staff over the next three months. Jobs on offer will range from entry-level roles to managers across its UK sites.

Mark Fox, Roadchef chief executive, said: ‘We are excited by the outlook for UK tourism, especially in the second half of 2021, and look forward to welcoming customers back to our motorway service areas.’

Patchy rain across southern England today with possible snow on higher ground, reports BBC Weather. It’ll be a dry day with sunny spells and perhaps the odd shower for the rest of the UK. Tonight will be mostly dry with a light breeze.