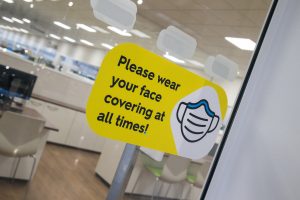 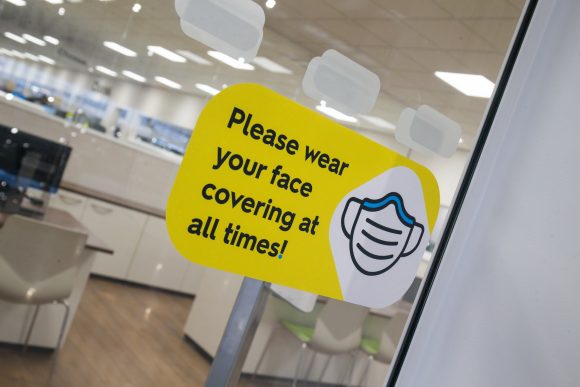 Car dealers are being reminded that face masks are mandatory again inside showrooms in England.

It follows the reintroduction of the rule for the country on Tuesday (Nov 30), making them compulsory in shops and on public transport, as well as in taxis and while on driving lessons and tests, for example.

People can be fined £200 for a first offence, although if it’s paid within 14 days that figure is reduced to £100.

However, the fine doubles each time for subsequent offences – and there’s no discount for a speedy settlement.

Lawgistics – the legal consultancy to the motor trade – has confirmed to Car Dealer that dealerships fall within the legal definition of a shop, which means face coverings have to be worn inside them.

As part of the regulations, too, they must display signs in a conspicuous location that clearly tell people they have to wear a face covering unless they’re exempt or have a reasonable excuse.

Under-12s are exempt, as are people who can’t wear them for medical reasons.

Policing the rule is down to each individual dealership.

Elsewhere in the UK, face masks have remained compulsory in a lot of indoor places and on public transport in Scotland, Wales and Northern Ireland.