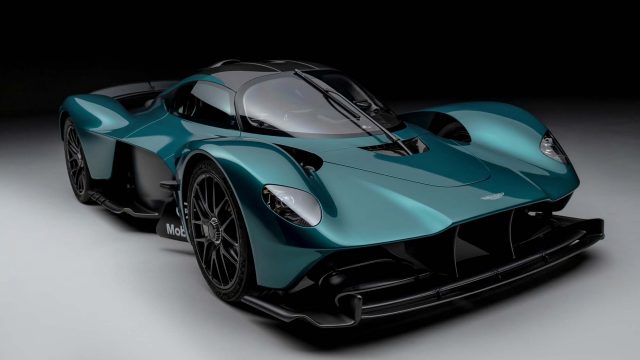 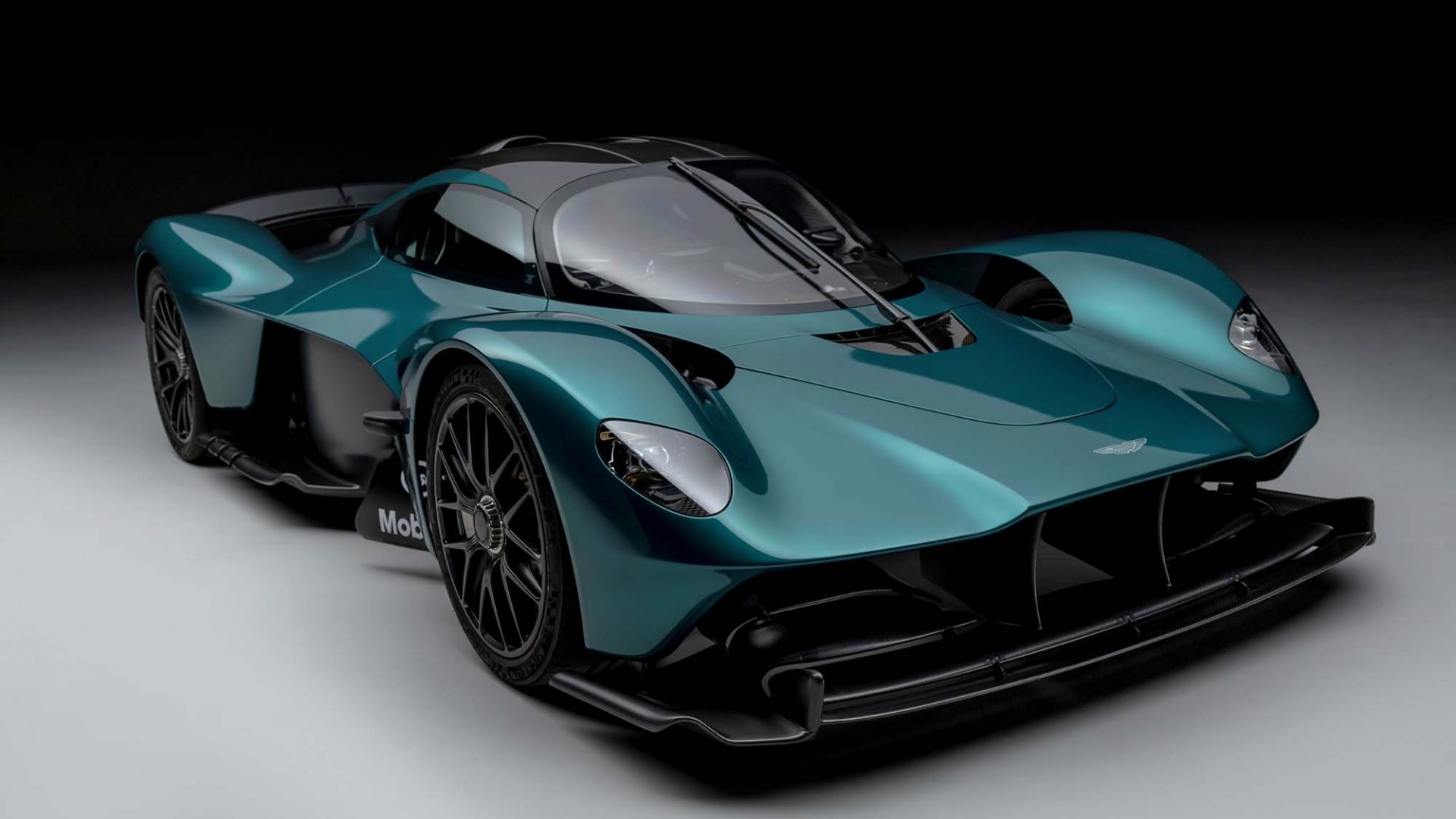 Aston Martin saw sales and revenue soar last year as it recovered from the pandemic’s restrictions to cut its pre-tax loss by more than half to just under £214m.

The luxury car maker delivered more than 3,000 DBXs in their first full year, with them achieving an estimated one-fifth of the market share.

It said deliveries of its DBX707, said to be the most powerful luxury SUV on the market and which was unveiled on February 1 this year, were expected from the second quarter.

And despite the Valkyrie programme starting in the fourth quarter more slowly than expected because of what it called ‘a quality-focused approach’, it expects to ship 75 to 90 of the vehicles, pictured, this year.

Meanwhile, the V12 Vantage sports car was said to be enjoying ‘excellent customer demand’, with deliveries scheduled for the third quarter of this year.

Aston Martin said it expected sales to increase to more than 6,600 units this year, in spite of the supply chain problems, adding that it was now well on its way to achieving its mid-term (2024-25) targets of some £2bn of revenue and £500m adjusted EBITDA profit.

Its first plug-in hybrid – the Valhalla – is coming in 2024, following what chief executive Tobias Moers called ‘a small timing shift’, after it was originally due in 2023.

Meanwhile, its first battery-electric vehicle is targeted for a 2025 launch, and it added that all its new car lines would have an electrified powertrain option by 2026, with a fully electrified Sport/GT and SUV portfolio by 2030.

Boss Lawrence Stroll said: ‘My second year as executive chairman of this iconic and great company has been another of significant progress.

‘We have successfully transitioned our operating model to that of an ultra-luxury performance brand, with customer demand well ahead of supply. 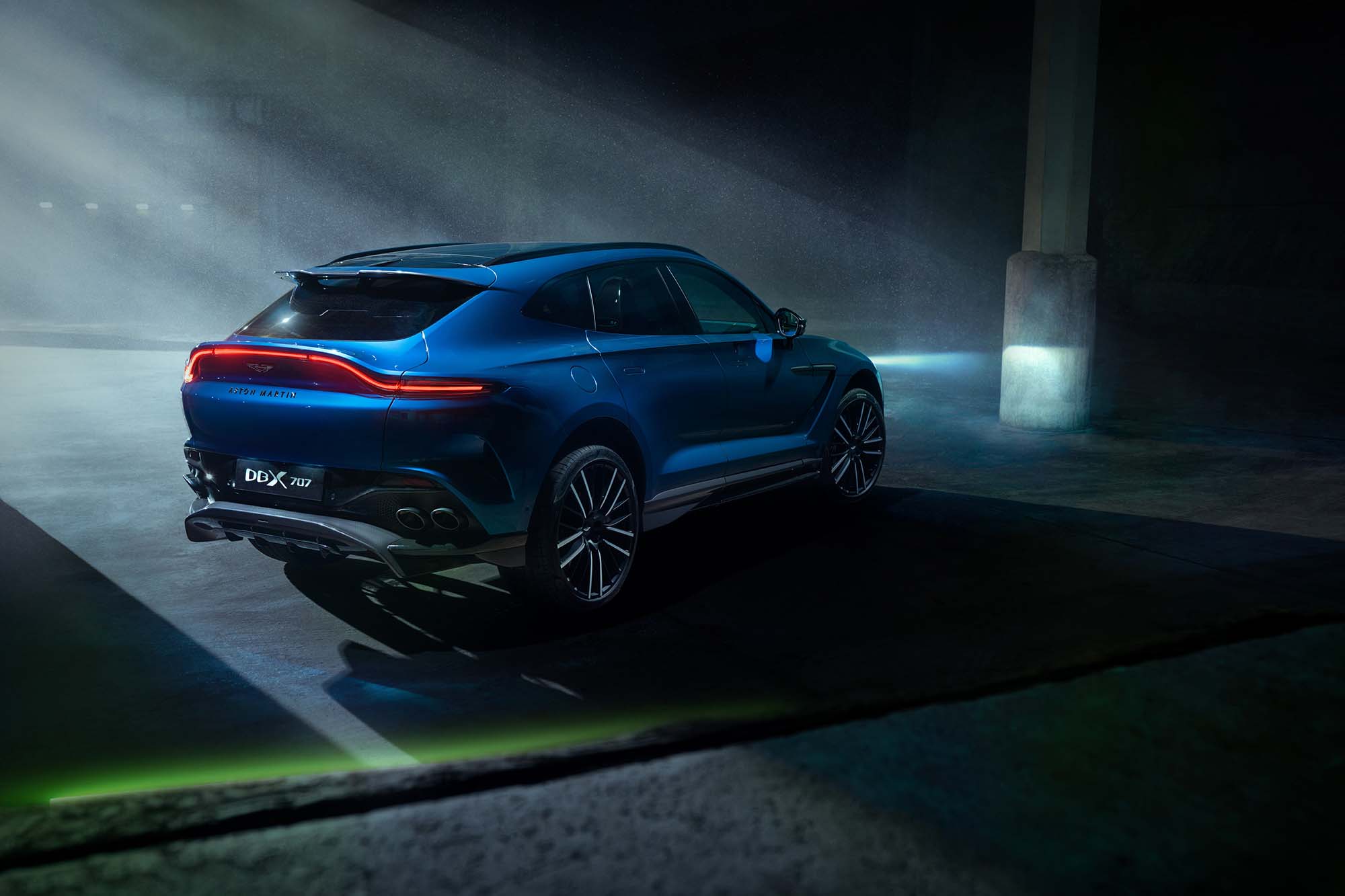 The Aston Martin DBX707 was unveiled in February 2022

‘Our core business is strong and delivered to plan, with substantially improved profitability.’

He added: ‘The Aston Martin Valkyrie programme pushes the boundaries of what is possible to bring to market outside an F1 racing environment.

‘We inherited a challenging programme, and while it was disappointing that some deliveries were rescheduled from late 2021, following an in-depth review and now under a dedicated team, we are confident of continuing to deliver these truly extraordinary vehicles to our customers with no compromises.

‘We have a strong pipeline of extraordinary products to come, with both DBX707 and V12 Vantage this year and a new generation of front-engine cars for 2023.

‘This high-performance new portfolio will command stronger pricing and profitability compared with the past, driving delivery of our financial targets.’

Moers commented: ‘The operating environment remained challenging throughout 2021. Despite this, we grew our core business to plan, with a demand-led delivery of our volume targets and enhanced core profitability.

‘We achieved strong pricing and closed the year with dealer stock at optimum levels. We also started delivery of the once-in-a-generation Aston Martin Valkyrie hypercars.’

He added: ‘We are expanding our offer in the growing luxury SUV segment. We launched the Straight-Six mild hybrid in China in November 2021 and earlier this month unveiled the highest performing luxury SUV on the market, DBX707.

‘These products, coupled with the benefits of the efficiency actions undertaken through Project Horizon and alongside our Specials programme, give us confidence in delivering meaningful growth in 2022.

‘Beyond 2022 we are confident in the medium- and long-term potential for the business with our exciting product plans and a defined path to electrification.’