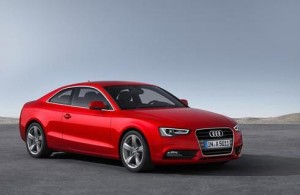 AN investigation by the BBC’s Watchdog has revealed Audi dealers making false claims about the vehicles’ safety rating.

Of ten Audi dealerships the programme’s undercover researchers visited, nine incorrectly claimed the A5 was Euro NCAP safety tested, with six saying it had the top five-star rating.

Audi’s head office in the UK also told the BBC that the whole range was Euro NCAP safety tested.

There is no legal requirement for car manufacturers to get their cars tested by NCAP, and since 2009, when the new higher standard of testing was brought in, six Audi models out of 12 have been Euro NCAP tested. The Q7 and TT were tested before 2009 but the A5, A7, A8 and R8 have not been tested.

Tim Shallcross of the Institute of Advanced Motorists was shocked by Watchdog’s findings, and told the BBC:

‘Nobody’s saying the cars aren’t safe, but if they haven’t been tested… to say that they have, that’s outrageous.’

Daniel Jenkins, who owns a car rental firm, bought an Audi R8 in December 2012 and was told it had the five-star rating. A few months afterwards, his father had an accident while driving the car. The vehicle wasn’t responsible for the accident but it spurred Daniel to research the safety specification, getting in touch with numerous dealerships. He explained his findings to the BBC:

‘Forty-eight of the 50 dealers I spoke to told me directly that it had been put through the Euro NCAP programme and it had a five-star rating.’

This was five months before the Watchdog investigation, and when he contacted Audi head office about the misinformation dealers were giving it said it was taking his allegations seriously.

NCAP spokesman Aled Williams told the BBC: ‘Most of the car companies that we deal with have large marketing departments. These marketing departments understand full well what the safety ratings mean, and it’s disappointing to find out that that information is not being filtered down to the point where it matters most… where people are selling cars to consumers.

‘Euro NCAP is not a regulatory body, we have no legislative powers.

‘All we can do is speak to Audi at a high level and try to encourage them to make sure that the dealers are better informed and better trained.’

An Audi spokesman said: ‘Audi UK wishes to emphasise that there has not been any deliberate intent to mislead on the part of its customer-facing staff where the Euro NCAP safety test performance of the Audi model range is concerned.

‘We are now aware that our sales and customer service staff must be more conversant with the Euro NCAP safety test register and specifically the Audi models included on it.

‘We have already begun a comprehensive and far-reaching review of all of our communications and training procedures to ensure accuracy of information on test data provided to our customers.’

See the Watchdog report tonight on BBC One at 8pm. It will also be available on the BBC iPlayer.