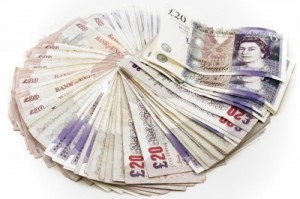 This was in spite of turover being up 12 per cent in the month, with both new and used car sales rising over last year, said the motor industry services supplier ASE.

The company said that over recent quarters, a trend had emerged whereby, despite strong vehicle registration numbers, dealers were struggling to match their 2013 profit comparatives in the first two months of a quarter, with bonuses at the end of period boosting the result.

This trend has continued in the first month of quarter four, the company said.

In its monthly profitability report, ASE said: ‘During October, dealers did manage to clear some of the excess used vehicle stock held at the end of quarter three.

‘However, we remain concerned over the level of stockholding, particularly given signs of weakening in the used vehicle market. This is particularly the case amongst late-plate vehicles given the current registration activity.

‘Rolling 12-month used vehicle return on investment has now fallen 2.6 per cent in the past two months with all the gains of the summer now given up.’

MORE: Volvo to shun some of the world’s top motor shows in 2015

MORE: Automotive Influencers: It’s going to be a pretty good 2015

MORE: Motorpoint all set for post-Christmas opening in Widnes