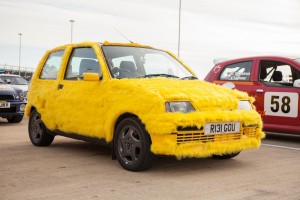 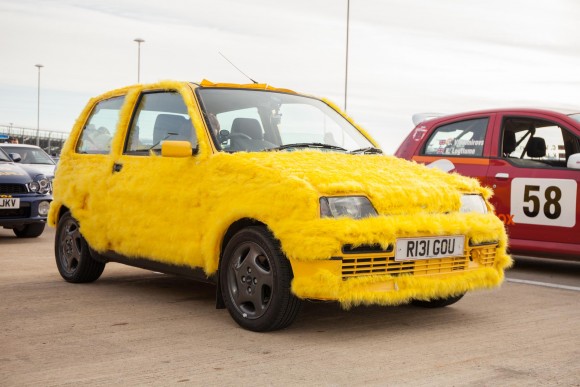 We can confirm that this is no longer the case…

However, it now boasts a fabulous plumage, courtesy of our hard-working, artistically minded colleagues here at Car Dealer Magazine. 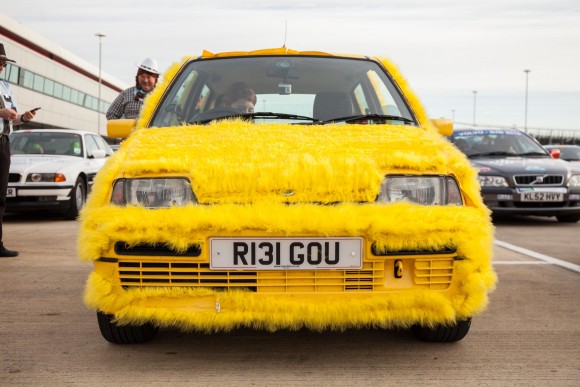 In total, seven tubes of industrial strength glue and more than £300 worth of felt and feathers were used in the production process, which saw the team measure out each individual panel, before felting and feathering them.

The final touch was added in the form of two polystyrene ‘eyes’ peering out of the windscreen from the dashboard.

Unfortunately these were short lived, as the suspension set up on the Cinquecento is not conducive to spirited cornering and so the balls flew straight out of the window.

Safe to say, our banger has character.

Our feathering was so extensive, though, that it has begun to enter the cabin through the ventilation – it’s like a pillow fight in here. 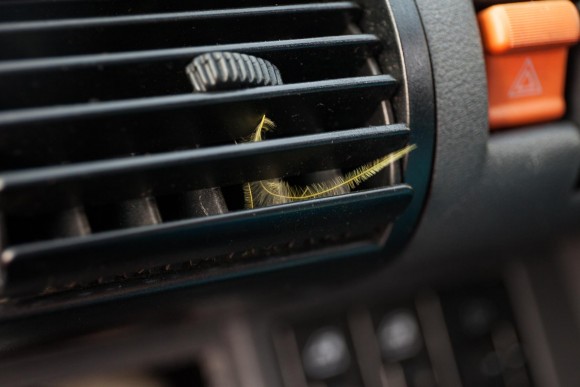 In case there was any doubt as to what we’re meant to be, we’re sporting the Sesame Street sign in the rear window. 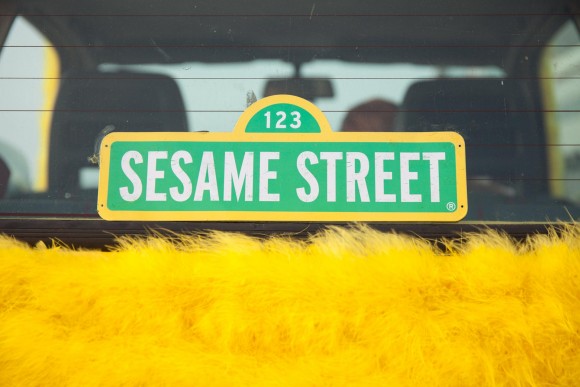 While the lack of CD player may mean we actually have to talk to each other. 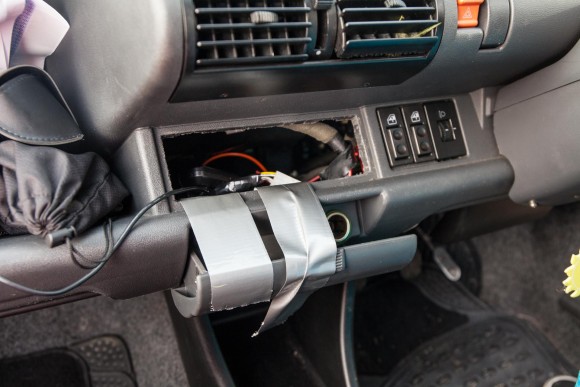 The air freshener is smiling as much as everyone who passes us, though. 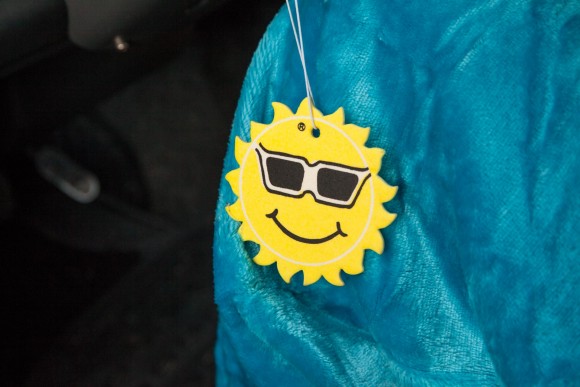 The spacious boot can just about fit a handbag or two, which is unfortunate because Fleetwood’s handbag is massive… 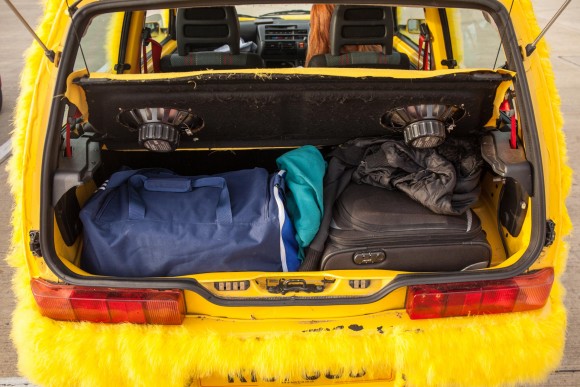 Wish us luck. You can keep up to date with our Bangers4BEN rally on Twitter by following the hashtag #b4b15.