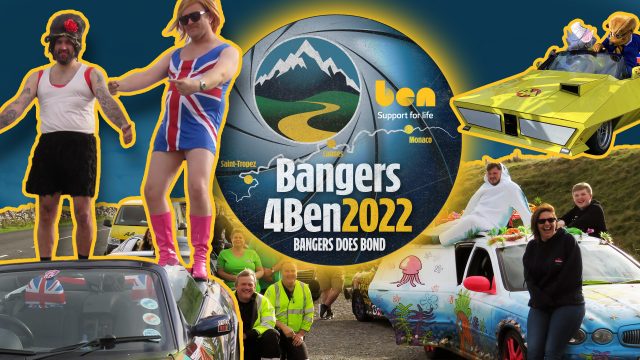 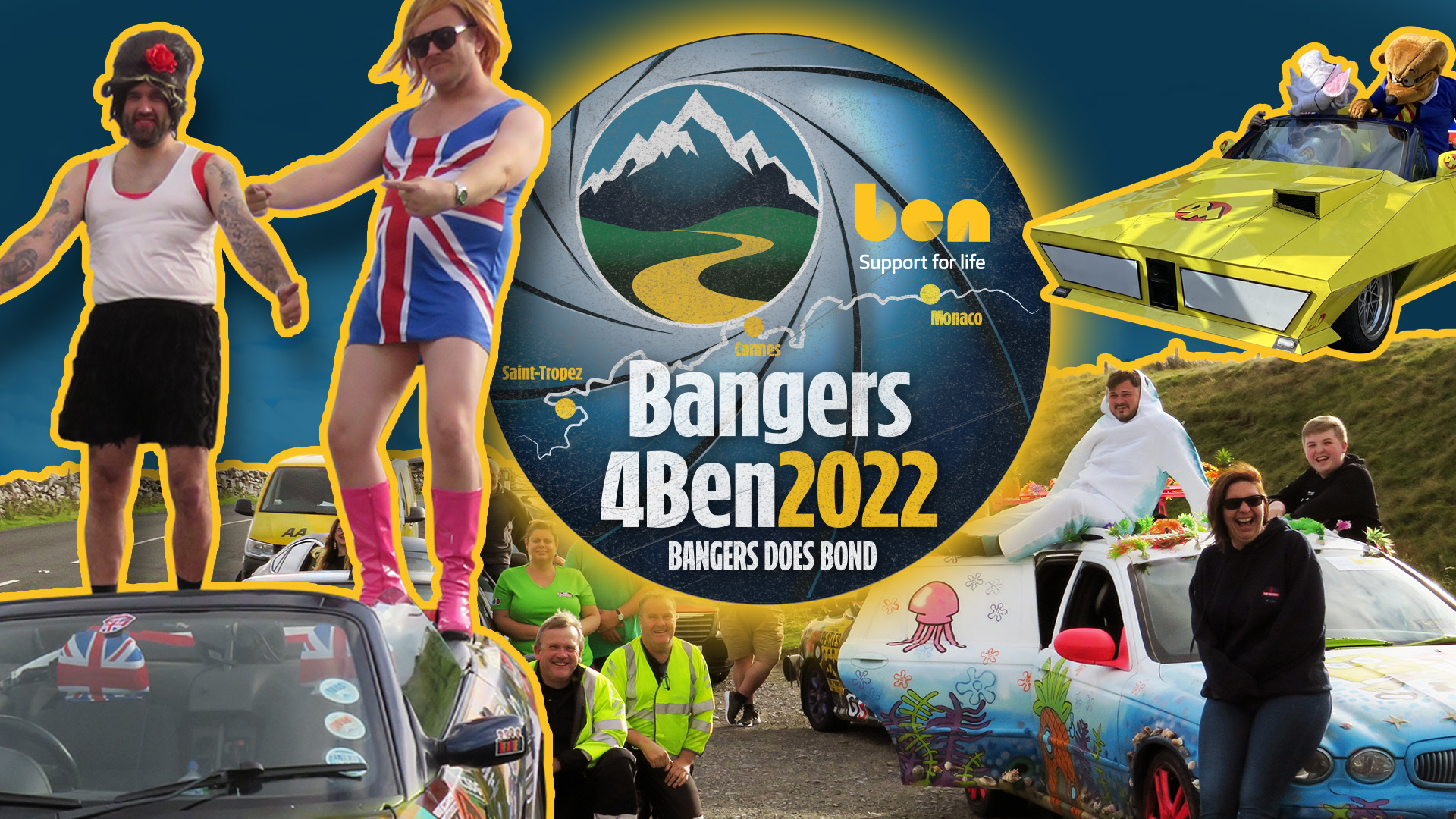 Bangers4Ben is licensed to thrill for 2022 as the charity rally heads abroad again for the first time in three years.

‘Bangers Does Bond’ is the theme for the event – now in its 12th year – which will aim to evoke the glitz and glamour of 007’s cosmopolitan lifestyle as it takes in stunning locations such as Nice, Saint-Tropez, Cannes and Monaco – home of arguably the most prestigious F1 race – as well as the Alps.

Taking place between Saturday, October 8 and Tuesday, October 11, it’s being organised by Automotion Events, with 50 places available, and chief executive Andy Entwistle told Car Dealer: ‘We think this is going to be very popular.

‘The coast road that goes from south-western France into Monaco is just stunning, it really is!

‘We also take in the south-west of the Alps and will do a couple of Alps runs, which are always a favourite of everyone who does Bangers – it’s another nice day of really lovely roads, enjoyable driving and camaraderie.’

Bangers4Ben was last abroad in 2019, when it went deep into France’s cheese and wine regions.

The pandemic meant it couldn’t be held in 2020 but it returned last year, celebrating the ‘Best of British’ with a scenic route in England and Wales.

Now the rally, which is aiming to raise £50,000 for automotive industry charity Ben, is heading for the continent again.

Entwistle said the UK rally in 2021 went down really well but he was delighted that they’re going to be heading across the Channel once again.

‘Last year’s event showed that Bangers4Ben is as much about the camaraderie and the roads as it is about the location.

‘But we also know that people love that kind of little foreign escape, so actually being able to take them to somewhere really special like Monaco is a really good thing for us.’ 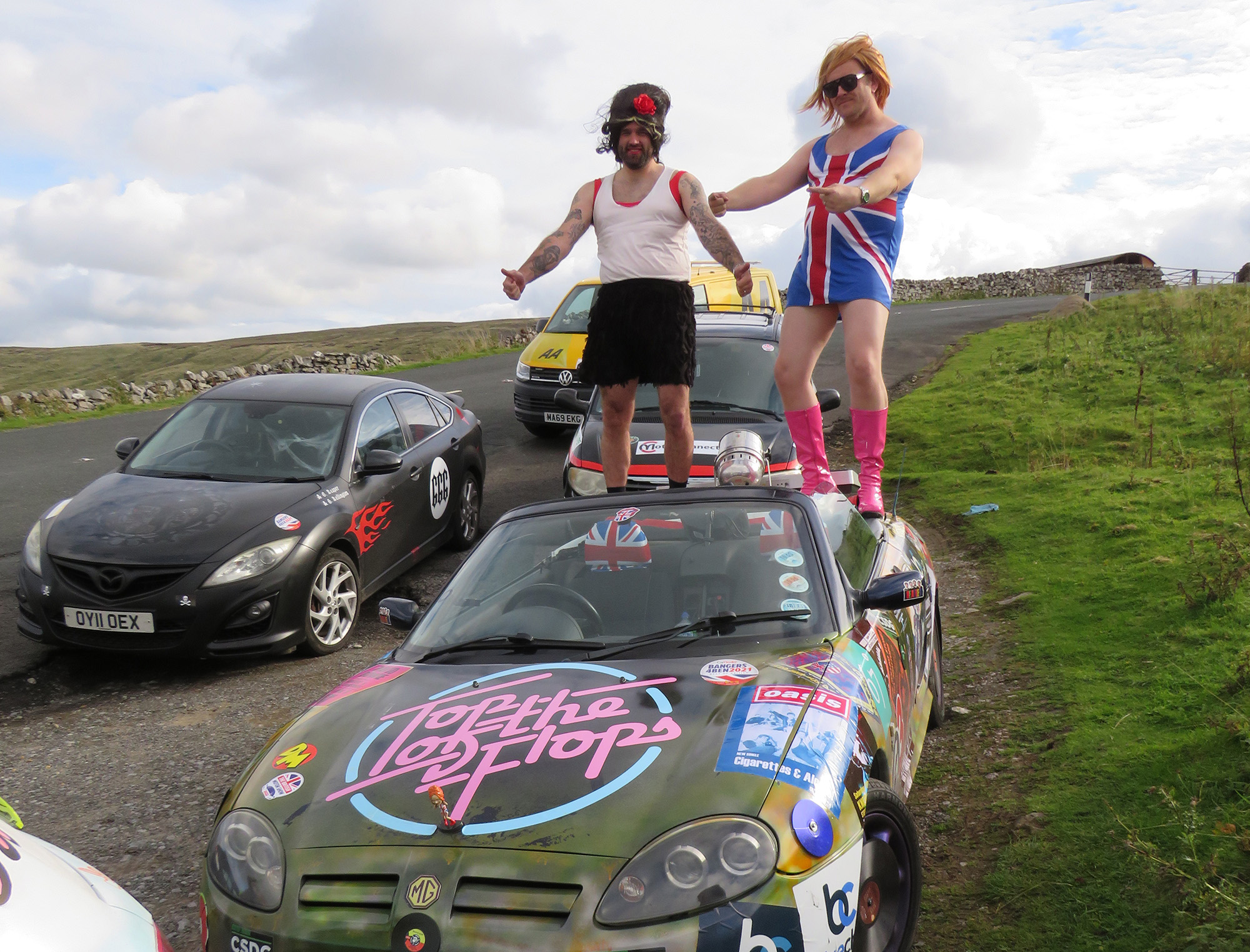 Move over, Spice Girls! Getting into the swing of things during last year’s Bangers4Ben

He added that although the theme is Bond, the cars don’t necessarily have to reflect that, although it’d be great if they did.

‘We like to give it some kind of theme every year in case it helps inspire people who are looking for something.

‘We’ve done The Italian Job in the past, we did the Best of British last year.

‘Bond is the man of the moment in many ways, and the fact we’re going to Monaco, with its casino and strong associations with 007, meant it just made sense to give it a Bond theme.’

And Entwistle joked: ‘Certainly, if someone wants to bring along an Aston Martin and donate it to Ben, we’ll be very happy!’

Entry costs £750 plus VAT for the driver and co-driver. That covers the return ferry and twin accommodation plus breakfasts and evening meals, as well as AA roadside assistance.

Participants can pay up to £750 for their car, which should be dressed up as only Bangers entrants know how. Fancy dress is also heartily encouraged!

But Entwistle said that although the emphasis was on fun, entrants should always ensure that their car stays within the law.

Teams are being encouraged to raise £1,000 each, with their cars being auctioned off later to help towards the sum – or even top it.

Automotion Events puts all its time and effort into the rally for free, meaning that all the money raised goes to Ben.

Participants will be expected to adhere to any Covid-19 protocols that are in force for each country at the time of the event.

Day 1 – Saturday, October 8: From Calais to Lyon along the autoroute. There’ll be meeting points along the way for everyone to regroup as well as grab a coffee and a bite to eat. (473 miles)

Day 2 – Sunday, October 9: From Lyon to Marseille via the autoroute and then it’s on to the coast road to Monaco, where the rally will pass through some of the best places the French Riviera has to offer.

Destinations will include Toulon with its naval history, Cannes with its sandy beaches and home of the film festival, Nice, which is the prefecture of the Alpes-Maritimes department on the French Riviera, and Monaco – home of the rich and famous and arguably the most prestigious F1 race.

Once everyone has had a chance to cruise around town, it’ll be back to Nice for the second overnight stop. (366 miles)

Day 3 – Monday, October 10: The rally starts heading back up north to Grenoble for the third overnight stop, but it’d be rude not to take the scenic route, so it’s up into the Alps for spectacular views and winding roads such as the Gorges du Verdon – nicknamed the ‘Grand Canyon of Europe’ and making it a drive not to be missed. (233 miles)