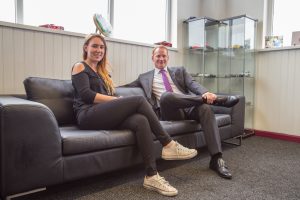 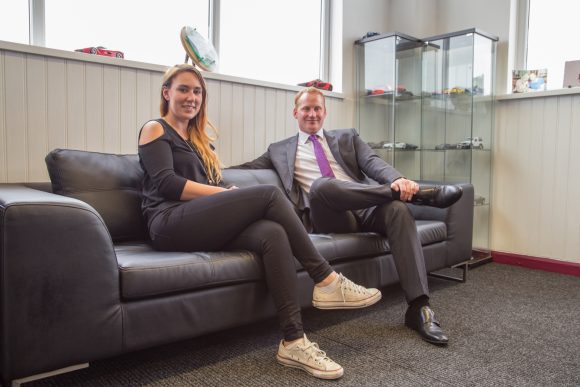 BIG CARS LTD owner Adam Stott has taken his business from a standing start to a £40million turnover in only eight years, he explained on Trade Plates TV this week.

When he sat down with host Rebecca Chaplin, he said that his business has seen 80 per cent growth each year.

Still only in his 30s, Stott made the decision when he was 25 years old to move from a BMW franchised dealership and set up on his own.

Stott explained: ‘When I started the business I was working at BMW and I felt a bit limited by what I could do and how much I could grow. I’d always been interested in growing my own business and when they capped my commission structure, it worked out that I couldn’t out-earn what I’d been earning. So I decided to make the leap.

‘We’ve had some very fast growth – on average, we grow about 80 per cent year-on-year. We’ve now got 75 staff, five sites and we sell near on 3,000 cars a year. It’s been a great journey, something I’ve really enjoyed.’

Stott explained that even in the early days he was confident he could make the business a success.

‘I worked at Powerhouse, which was a retail thing, and I won an award out of all the branches for most commission per hour. And previously I worked at KFC and I was the best at cooking chicken!’

Stott added: ‘I was confident in my own ability that I could do something, but what I didn’t realise is how challenging it would be.

‘When you’re in a working environment, you have a lot of support from different people that you maybe don’t realise. When you go out on your own, you are actually out on your own, but I loved that because I love a challenge.’

Watch the show in full below to hear his advice on building a successful dealership and motivating your staff.