Home > News > Big Mike: Decent older cars are being binned – how does that help the environment? 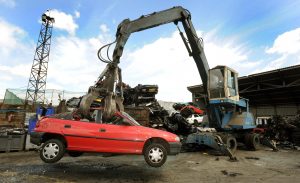 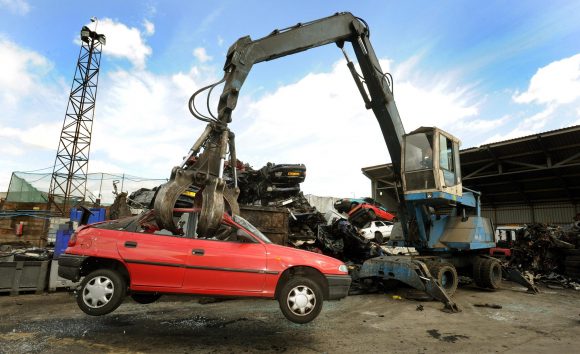 Big Mike: Decent older cars are being binned – how does that help the environment?

LAST month, I had a rant about the supposed imminent demise of diesel, but there’s another issue looming large that’s about to kick the independent trader even harder in the nuts.

My big bugbear for 2018, then, is the return of ‘scrappage’, a word invented back in 2009 to kick-start the ailing car industry as it was mired in the midst of the global financial crisis.

Back then, the scrappage scheme was an official thing, backed by government, and was based on a similar ‘cash for clunkers’ idea pioneered in the USA.

If you chopped in a car over 10 years old, it had a minimum guaranteed value of £2,000 – a grand from the car manufacturer concerned, and another bag of sand from HM Treasury. It was a win-win for those flogging new motors, as they’d probably have given a grand for a decent 10-year old part-exer anyway, and the extra money concocted by the government gave the customer a healthy two-grand saving.

Back in the days when I was dealing in new stuff, there was usually a couple of grand on the bonnet anyway with which to entice the customer, so all the scheme really did was reduce the need for the customer to haggle and ensure the dealer’s profitability.

The Koreans were the big winners.

By stacking them high and selling them cheap, Hyundai i10s, Kia Picantos and even Chevrolet Matizes were flying off the forecourts faster than you could say ‘Jack Robinson’, whoever the hell he was.

Meanwhile, smaller independents like me were having the rug pulled out from beneath us. I used to go to great lengths to source really nice older cars, and I had customers queuing up for them. Back then, it was lovely old Volvos, Jaguars, Vauxhall Omegas and the odd big Rover or Lexus on which I made the big bangs, and cherished one-owner Corsas, Fiestas and Metros that I could sell all day long, with my eyes shut, hanging upside down from a pole.

And to prove it, I did this once (at risk of serious injury) after losing a bet to my then apprentice, Jason, who obviously learned a lot from me as he’s now a supercar dealer.

I, meanwhile, have learned diddly squat, and still peddle older but very well-presented cars from a backstreet lot in the suburbs of Birmingham, and I was happy with that.

But now I’m not, because the spectre of scrappage has suddenly loomed large once again. The difference, this time, is that the government isn’t getting involved – at least not directly, though I’m sure part of the blame can be laid on Brexit. Why? Well, new car punters are fickle. Remember, these are generally people who don’t take risks, and a five-year warranty, fixed monthly payments and a paid-in-advance service plan mean they can balance their books with tedious predictability. For the generation that lives on credit, it’s how they roll. Until the credit runs dry…

And that’s what’s happening. Lenders have tightened their belts, whilst the continually moving goalposts of environmental legislation and car taxation are leaving many people baffled, including half of the motor trade. We have Michael Gove to thank for that, but best not to get me started on him again. Factor in rising interest rates, and those who have been cruising along with ridiculously cheap lending are suddenly finding they’ve bitten off more than they can chew.

As a result, they’re not setting foot in dealerships, so the car makers are chasing down a different type of customer. The very same kind who chopped in their last car on scrappage. It’s no coincidence, I’m certain, that the vast majority of manufacturer-led ‘scrappage’ schemes have a seemingly random cut-off date of January 2010, with cars that are just eight years old going to meet their maker. After all, that’s when the last wave of scrappage customers bought their cars. Solvent, middle-class, often cash customers who kept the metal moving and saved the industry from collapse.

And while there’s no legal statute this time that ensures cars are scrapped, that’s what’s happening to the vast majority.

Those participating are hiding behind a banner of being environmentally friendly when crushing them, but in truth they’re just reducing the number of used cars available on the market as – like housing – a shortage of existing vehicles means there are more and more people who look at buying a new one. And that, folks, is hurting me in more ways than one.

First, it’s eating up a lot of the supply of smart, well-maintained low-mileage cars that are perfectly serviceable. But more than that, it’s throwing away perfectly good cars that have absolutely nothing wrong with them, and no matter how I try and look at it, I can’t see any environmental benefit to that.

Oh, and Jack Robinson? According to Wikipedia he was a stubborn English gentleman who liked to change his mind a lot. If he were around today, he’d make a cracking politician.

So as fast as you can say ‘Michael Gove’, Happy New Year.