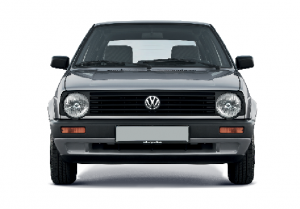 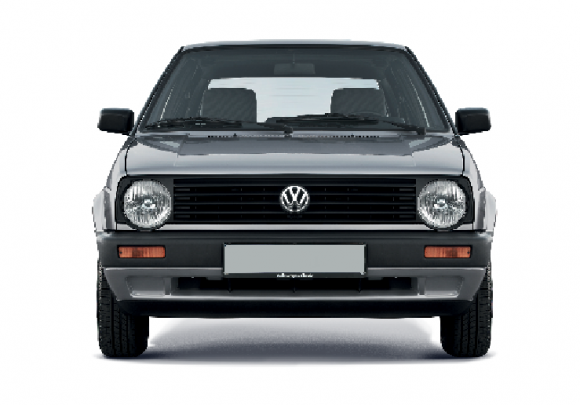 I HAD a nostalgic drive in a mate’s freshly purchased classic the other day, and it reminded me of back in the days when I worked on bombsite car dealerships in the bits of Birmingham that you won’t find in a tourist brochure, if, indeed, there are any to start with.

The car in question was a lovely old Mk 2 VW Golf. Not a GTi, which seem to exist in greater numbers now than they did when new, but a very ordinary Golf 1.3, which my mate bought off an old dear in Erdington, where it had been garaged every evening since she purchased it new in 1989. Recognising

that a Mk 2 Golf 1.3 was actually much rarer than a GTi, my friend – a fellow trader – did the decent thing and bought it before one of the vee-dubbers could get their hands on it, paint the bonnet up to look like rust and stick a roof rack and silly wheels on it before you could say ‘rat-look’.

For me, it reminded me of a stunt we pulled on a poor unsuspecting customer back in the early Nineties.

At the time, I worked for a bloke known colloquially as Dirty Dave, who some of my fellow Birmingham traders will probably also recall.

I won’t name him by his real moniker, as he moves (or would do, if he hadn’t keeled over after one fried breakfast too many a couple of years ago) in circles that look after their own, and who I wouldn’t want to cross.

And that’s the reason why, when I was much younger, I didn’t stand up for my own ethics when Dirty didn’t think twice about winding back odometers, clagging up rotten sills with copies of the Daily Mirror coated in Plasticine, and filling noisy diffs full of sawdust so they remained quiet as they drove off the lot.

One of the best used cars of the time was the Golf 1.3, which, if the original buyer was feeling flush, could be ordered with the option of a fifth gear.

Back then, five-speed cars were a status symbol all in themselves, a topic for pub discussion and a giver of bragging rights, especially if the car to which the box was fitted was a popular model. Hyacinth Bucket’s Rover Vanden Plas was a five-speed, after all.

Volkswagen, back then, was very keen to plug its environmental credentials (oh, the irony…) so the Golf’s five-speed box was known as the 4+E, which could be translated as ‘Economy’ or ‘Environment’ depending on which sales advisor’s bullshit you chose to swallow. They had a special gearknob, with four ‘normal’ speeds marked out in white, and a fifth in green.

Then, just like today, a used Golf was good news on the second-hand market, so unsurprisingly was a very rare sight on Dirty’s lot, where pre-corroded Maestros and clapped-out Cavaliers were very much our stock-in-trade.

That meant I sniffed a rat the minute I clapped eyes on the very tidy-looking blue example that came as part of a job lot that the boss had underwritten from a local trader.

It was only when I took it home for the evening that, while it was outwardly quite attractive, the Golf was pretty much ready for the 19th hole. It drove okay in its four normal gears, albeit a bit lumpy, but as soon as you popped it into its special ‘E’ ratio, it gave out a sound like someone rending metal – a metallic screeching that would wake up entire neighbourhoods and send pedestrians diving into the bushes for cover. The next morning, I drove it back into work and delivered the bad news to Dirty Dave.

The gearbox, I explained, had gone the way of Monty Python’s infamous parrot.

‘I know,’ said Dirty, with a cunning smile.

The following day, I was given the task of preparing a few cars for sale, a process that involved a hand-held vacuum cleaner, some tar-based, brush-on tyre gloop and a bottle of polish.

It’s amazing what you can achieve with such basics, but mending a FUBAR gearbox isn’t one of them.

‘If they don’t know there’s a fifth gear in there, they’ll never look for it,’ he told me when I enquired.

‘Shame it wipes about fifty quid off the value, but it’d cost a lot more than that to mend.’

MORE: Calling all suppliers: Join us at Silverstone for our CDX open day

MORE: Buyers fooled by photos of toys in adverts

On SuperUnleaded.com: Idiot In Pick-up Truck Gets Stranded At Sea