Home > Big Mike > Big Mike: I’m happy to wear a hazmat suit in bed before shaking hands with the Mrs 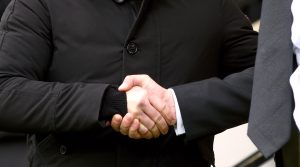 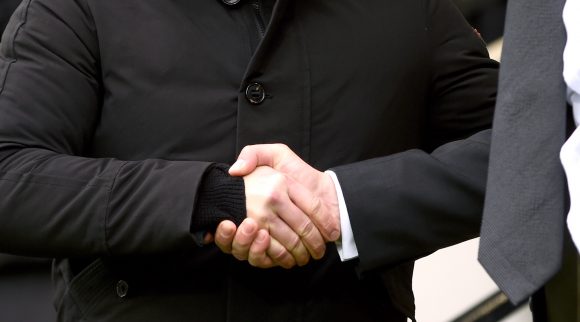 Big Mike: I’m happy to wear a hazmat suit in bed before shaking hands with the Mrs

Big Mike – our man on the inside – shares his thoughts in Car Dealer Magazine every month. Here’s his latest ramblings

Well, these past few weeks have been fun, haven’t they? I’m utterly bewildered at the moment, having spent three weeks trapped in my house.

There’s a woman who lives here, too. Apparently, we’ve been married for the past 14 years, and having got to know her over the past fortnight, she’s actually quite good fun – albeit a bit feisty if you press the wrong buttons – and a pretty appalling cook.

But I digress. The coronavirus is, of course, no laughing matter, but how we can get through it without a bit of dark humour is beyond me.

Besides, I thought I was a goner when it first reared its ugly head, as I misread it as ‘coronary virus’, and with half a century’s worth of cigar, ale, malt whisky and red meat enthusiasm behind me, I figured it was only a matter of time.

In the event, I’m probably safer than most. From the former at least.

The present ‘er indoors has always been a bit obsessive about cleaning sprays and disinfectants, to the extent that we had so many in the cupboards I could probably have retired by selling them during the panic-buying nonsense.

Now, though, with half of the British population eating toilet roll sandwiches while under house arrest, I can’t see that happening, so I’ll just have to clean things over and over and over again to entertain myself.

I tell you what, though. One of the weirdest things in all of this is that I haven’t shaken hands with anyone now for over five weeks, and for a man whose entire life has been based on the honour of handshakes, this is a very strange experience all of its own.

I think I was shaking hands with people from inside my cot, as I don’t ever remember it being something I didn’t do.

From my forecourt to my very special type of gentleman’s club, where you can tell a lot about a chap by the way he shakes your hand, I have always thought of pressing the flesh as a symbol of trust, agreement and friendship.

And where women are concerned, I find a handshake a lot easier to deal with than any over-familiar cheek-kissing and ‘huggie-wuggies’, although I’m not entirely sure that shaking my wife’s hand before bed last night was my smoothest of tactics.

But it’s my instinct with anyone I meet to give them a nice firm handshake, whether they reciprocate or not.

If someone grabs my mitt and gives it a good, firm pumping, then they’re probably someone I can do business with, as this implies confidence, intelligence and purpose.

If, on the other hand, they proffer their palm with all the physical integrity of a soggy fish or an escaping eel, then chances are they’re as wet and as useless as their handshake suggests.

In car sales terms, these are the drips that will come back and complain because one of the valve caps is missing off the tyres, or because they found a furry extra strong mint under the passenger seat (other discarded confectionery is available).

The only time I ever got this wrong was with one poor chap whose hand I shook to discover it limp and lifeless, only to find out later that the old boy had had a stroke and was operating his right arm by moving it up and down with his left hand. I felt bad after that one, believe me…

And let’s not forget that this no-handshake thing was going on well before our country closed down all its car dealerships and Debenhams prepared to go into administration for the second time in a year.

For the last two weeks before we were all told to go and grow daft haircuts in the privacy of our own homes, I was roaming the streets like a one-man Dalek impersonator, one hand thrust in front of me while those around me did their best to avoid it, instead going full-on hipster with their cheery ‘elbow bumps’, which are far less a greeting than something you might apologise for doing to someone else in a crowded supermarket. If, of course, you’re not holding them by the throat while prising the last roll of Puppy Soft out of their grip.

Of course, I totally understand it.

Ever since I was a nipper I was told that coughs and sneezes spread diseases, and I’m one of the last generation to still keep a hanky in my pocket for those awkward situations when I start firing snot pellets in public – especially at this time of year when hay fever is more rife than coronavirus and those of us who suffer from it are looked upon as pariahs if we so much as sniffle outside of the confines of our own homes.

On the rare occasions we can leave them, that is.

And this has made me realise something I didn’t know about myself. I’d always had myself down as a fairly anti-social sort on the basis that if there’s one thing I generally can’t stand, it’s other people.

They annoy me in all walks of life and I’m a right grumpy old git when it comes to having to deal with them – the rare exception being when they’ve got their bank card out or are shovelling armfuls of cash over my office desk, in which case I often warm to them a bit.

For the most part, though, apart from my grandson, whom I adore, my son and daughter, both of whom I tolerate in small doses, and my wife, whose hand I occasionally shake before bedtime, I’m not that into people and am generally very happy on my own. Or so I thought…

I’ll park the frustrations of not having any customers for now, as we all know the drill as far as that’s concerned – there’s really no point at all in me complaining and moaning to an audience who are all going through the same financial pain as I am right now.

But not having anybody’s hand to shake – from the lad from the local motor factors who always pops in for a chat because he knows I’ll make him a cuppa and let him use my loo (providing he doesn’t nick the bog roll), to the chap from the mobile phone company who wants to install a 5G mast at the back of my forecourt (which should make me more cash than any Volvo estate ever could) – is giving me cause for concern.

The mere process of greeting someone has changed and – I fear – won’t be back to normal any time soon.

Once the current shenanigans have passed – and they’ll have to, because the football has stopped and that’s probably having a bigger impact on the economy than anything else (I’m not even joking) – I suspect there’ll be measures afoot to stop us touching each other for the foreseeable future.

And while I’m happy to wear a hazmat suit in bed before shaking hands with the missus, I’m not convinced that we’ll be elbow-bumping our way back to economic magnificence any time soon.

In the meantime then, stay safe, stay protected, and if you must shake hands, do it the way you did as a teenager. I think we used to call it ‘shaking hands with the unemployed’. Ahem…