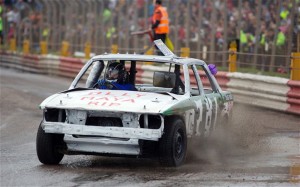 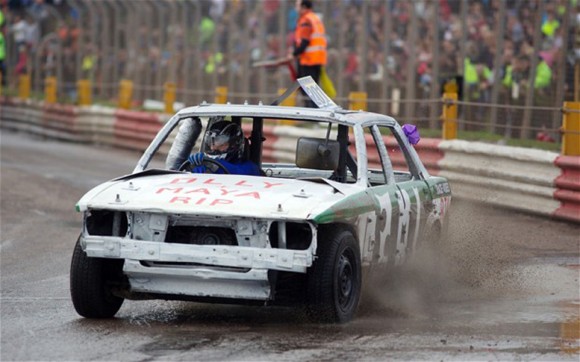 Big Mike: My chat with Cecil, and a hefty restoration bill

I HAVE a guilty passion. I love banger racing.

Much as I love cars, and have a genuine affection for old, well-preserved classics, there’s very little as exciting or thrilling to watch as a circuit full of battered old family saloons slamming each other into the barriers at great speed. It’s a miracle, quite frankly, that the drivers survive the impacts, let alone that the cars keep on going.

It’s also, I find, a great way of determining what makes a good car. Thanks to banger racing, I’ve learned that Volvo 240s, Ford Sierras, Nissan Bluebirds, Rover 200s and Toyota Previas (yes, really) are among the absolute toughest and most indestructible cars ever made and, on the basis of such demonstrations of strength, I’ve owned each and every one of them as my own personal transport with the exception of the Toyota. No car dealer worth his salt would keep a Japanese people carrier for himself if he lives in a town with taxi operators…

Anyway, I digress. For the first time in my life, I’ve decided to restore a classic. Yes, I’m going off on a tangent here, but bear with me.

The car in question is a Jaguar XJ6. I sold it for the first time in 1992, when it was six years old. It came back to me in 1998 as a part-exer, and I sold it on again. Ten years later, it returned, still in respectable nick, albeit frilly round the edges. That was 2008, and I advertised it as a £995 px to clear, not expecting to see it again. I sold it to the chap who originally bought it in 1992, and who had regretted selling it ever since. He’d seen it in the paper, and was round like a shot. He continued to use the car until earlier this year, when ill health meant he had to give up driving.

So guess what? He phoned me up and asked me if I’d like to sell it on again. I decided that, as the car had been in my possession more times than it had anyone else, there was an omen there, so I offered the chap a fair price for what was, essentially, a spares or repairs car and decided that now was the time to finally do what I’d always fancied doing, and restore a car I’d always liked…

Well, I say restore, but technically I’m outsourcing all but the simplest of jobs to a specialist. The Jag is surprisingly solid, but it needs a mechanical overhaul, the electrics sorting out and a proper quality respray, so I’ve left it with a trusted local company that was recommended to me by one of my regular customers, who has a collection of classic Fords.

There was a Ford in the workshop when I drove the Jaguar over there, the day before its MoT expired. The car in question was an early 1977 Mk 4 Cortina finished in a colour I’m reliably informed is called ‘Aquatic Jade’ – a kind of lurid metallic greeny blue, that’s very of its era.

The paint had just gone on, and the trim was in the process of being refitted, its newly-rechromed bumpers giving it an almost factory-fresh appearance.

It’s ages since I saw any Cortina, let alone the Mk 4, with its smaller tail lamps and skinny chrome bumpers, so I was naturally drawn to it. There, leaning against the wall and also looking at it, was a substantial and heavily-tattooed individual, who would be best described as someone you ‘wouldn’t want to mess with’.

‘Like it?’ he grunted, in a broad Midlands accent.

‘Yes, of course,’ I agreed, because disagreeing with Baldy didn’t really seem like a good idea.

Books, covers, etc., after half an hour, Cecil and I (after I’d successfully managed not to laugh at his name) were having a whale of time, spinning yarns about some of the best cars we’d ever owned and loved.

‘I raced a few of those,’ Cecil told me, nodding towards my Jag. ‘Tough old birds they are, all fur coat and no knickers as you grind ‘em off the Armco.

Cecil, it turns out, was a banger racer. A man who had, single-handedly, prematurely depleted the classic car population of the West Midlands by more than 300 units, against the barriers of Hednesford Raceway.

The Cortina was his stab at redemption…

‘I’m a bit like the Dukes of Hazzard,’ he told me. ‘They destroyed 300 Dodge Chargers when they were filming, and now the bloke that played the soppy one restores them for a living (this much is true, I checked it on Wikipedia).

‘I’ve spent the best part of ten grand on this thing,’ he pointed to the renascent Ford. ‘And I don’t regret a penny – I owe it to the Cortina to preserve a beautiful one after all the fun I’ve had wrecking them…’

I like that in a man. I’m not looking forward to the restoration bill for the Jaguar, though…

Who is Big Mike? Well, that would be telling. What we do know is he’s had more than 30 years in the car trade and picked up some incredible tales along the way.