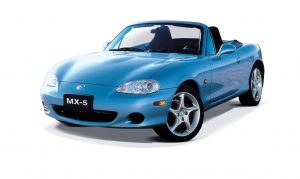 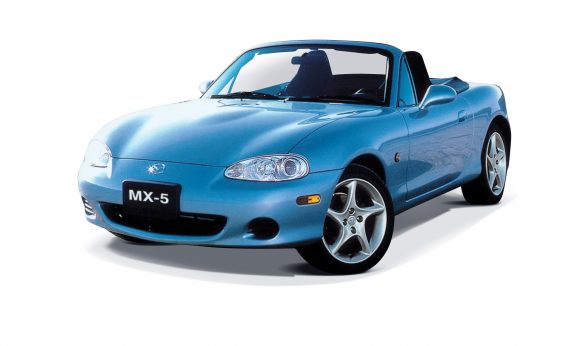 WE’VE all been there… You’ve done the deal, you’re not taking a part-ex and to sweeten the transaction, you’ve agreed to drop a customer’s new purchase to their home, only for the car to crap itself en route.

I sold a lovely Mazda MX-5 last week to a young couple who  had just moved up here from London and had found themselves  in need of a car for the first time.

They were a pleasure to deal with, paid me a cash deposit of £200 and promised me the remaining £1,800 on delivery, so I made it my last job on a Friday evening to drop the car off, safe in the knowledge that their house was a short walk from one of my favourite watering holes and that the £1,800 in fresh bank notes would be more than enough to cover a cab ride home.

The sun was shining and it was a lovely late spring evening, so I locked up my yard, dropped the roof and set off into the evening rush hour.

Five minutes down the road, though, things went a bit pear-shaped, as the little Mazda started to make a horrible clonking noise going over bumps.

This was followed by a loud  grating and a shower of sparks in the  rear-view mirror.

I’m no mechanic, but it soon became clear to me that something wasn’t as it should be, so I pulled into a handy bus stop (much to the annoyance of the driver of the Number 38) and popped my head underneath, ready to make an apologetic phone call and dial the big yellow taxi home – the one with the flashing orange beacons  on its roof.

Luckily, the problem wasn’t as bad as I thought – I could see that the exhaust mounting rubbers had perished and sheared, and the back two-thirds of the exhaust pipe was dragging on the ground.

In itself, a minor problem, but I was stuck in Birmingham in rush hour and parked in a bus stop, neither of which was making me at all popular with my fellow commuters.

Confident that I could otherwise mend it in five minutes, I took a long, hard drag on my ballpoint pen (I’d left my blooming cigars in the Jag) and pondered my situation.

Then I noticed a flash of orange at the top of the hill – the welcoming sign of a well-known retailer that sells bikes, tents and occasionally the odd car part.

Hopefully, they’d have some exhaust hangers in stock, so I locked up the Mazda, left a note saying ‘Broken down, please don’t kick’ on the dashboard and waddled off up the hill.

Twenty minutes and ten quid later, I was waddling back down again, armed with four brand new rubber suspension hangers. I was back in business.

Or, I would have been. But 40 years of post-work pints haven’t been kind to my waistline, and no matter how hard I tried, when I got back to the car I was simply too big to work my way far enough underneath it without getting stuck.

I tried to get a young lad waiting at the bus stop to see if he could slide under there instead, but he simply told me that cars were bad for the environment and my breakdown was a case of karma biting me on the bum, so instead I allowed him to board his bus with a ‘friendly’ gesture from behind.

Looking back towards the bus, though, I had a moment of inspiration. My dad once told me that no idea was a bad idea if it worked, and my salvation was there in yellow and grey, where the markings on the bus stop sat slightly askew.

A large,  loose manhole cover. With the bus safely on its  way, I investigated further. Yes, the manhole cover was loose and, bingo, I could just about lift it free and – full house! – there was a ladder underneath.

I lifted the cover off and gingerly pushed the Mazda backwards, leaving just enough room for me to lie on my belly and slide myself backwards underneath by swinging my legs into the open drain and searching with my toes for a ladder rung.

As I ventured deeper and deeper towards the human by-products of the West Midlands, I found myself able to get far enough in for just my head to pop out the top, with enough room to reach up and replace the exhaust hangers there and then.

Something I was able to do thankfully quickly, as hanging around the drains of the UK’s curry capital is never a good idea.

Alas, my egress was somewhat harder than my entry, and I had to rely on some bystanders at the bus stop to pull me free from my stinky hidey hole, much to their amusement.

But the job was done, and with the manhole cover replaced I was able to deliver the car to its new owners without them having even a whiff of trouble. Well, apart from that emanating from my jacket.

It’s also created a new slang term in my household – when nature beckons me to the smallest room in the house, I now declare to my family that I’m off for an ‘inspection pit’.

MORE: Big Mike: The Megane mistake that left me more than £500 out of pocket

MORE: Big Mike: I’ll never be a fan of electric cars (or their owners)