Home > Big Mike > Big Mike: The Megane mistake that left me more than £500 out of pocket 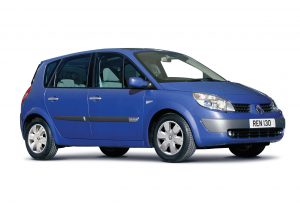 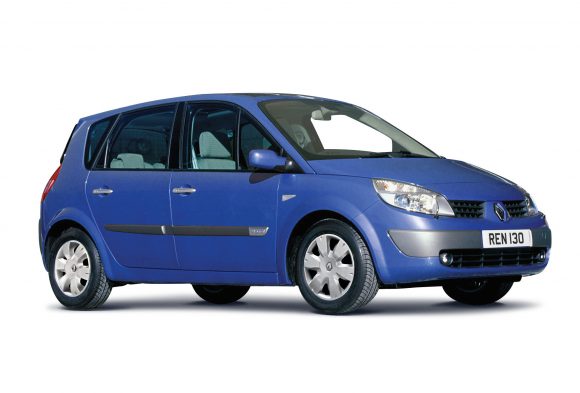 Big Mike: The Megane mistake that left me more than £500 out of pocket

NO matter how much experience we have in this game, there’s not one of us that doesn’t make a mistake every now and then.

But after 40-odd years of pushing tin, I think that last week was my crowning glory.

For reasons best known to the bottom of my whisky glass, I bought a 2007 Renault Megane Scenic.

That, in itself, isn’t necessarily a bad thing, for despite their propensity for throwing their electronic toys out of the pram, they’re popular among people who can’t afford a new car because they’ve had too many children, and in turn, that makes them fairly easy to sell.

Now, I admit, we’re not talking telephone numbers here, as I bought it unseen via a live online auction for just £480, or £565 out of the door. It was a nice bright metallic blue, had a low-ish mileage of 82,000 and most of the service history, so in my mind’s eye it was sitting on my forecourt with a nice lick of polish and some tyre gloop, looking like half-decent value at £1,495.

It’s cars like this that make the decent wedge these days, as they’re far easier to shift than the stock that clogs up the middle ground between PCP buyers and bangernomics.

Specialise in the £4-10k market and it’s hard work out there right now, as I’m sure a lot of you already know.

Cheap family motors, though, fly out of the door and I usually do at least one a week, normally with between five hundred quid to a grand on the bonnet. It’s a fairly decent income among the other, more specialist stuff that I sell.

However, I very quickly realised that I’d pretty much flushed my £565 down the khazi with this one. As usual, I sent my mate Tony the Trailer to go and pick it up for me. Tony’s a good bloke, albeit not a very intelligent one, and he’s also as deaf as a house brick.

So I can’t really blame him for bringing it back to me, despite the awful noise it was making. As soon as I fired it up to back it off the trailer (a challenge in itself as the clutch was so high I almost had to cut the roof off to let it out), the Renault started tapping like a crack-fuelled woodpecker, as various bits of the engine that weren’t supposed to work loose decided to tell us that’s exactly what they’d done.

Tempering that particular din, though, was the exhaust, which was farting more than I do after the rugby club curry night.

Tony the Trailer might be Mutton Jeff but I’m astonished he didn’t notice this particular issue by virtue of the fact that it would have made his head wobble about on his neck.

There was no way of drowning the racket out either, as the age-old cure of turning the radio on resulted in an LCD display with more broken crystals than Del Boy’s chandelier, accompanied by, well, nothing.

Then, as I was moving it to the back of the yard out of shame, it started to over-rev. If you’ve ever watched American tractor racing on the TV, you’ll understand the noise.

I switched it off quickly, only to get out and find the headlights and taillights doing an impression of the disco at my local working men’s club.

Red, orange, white and not keeping time to any kind of music. I’ve seen this before on Renaults of this vintage, and it basically the means the battery or alternator are goosed.

Or in the case of this particular ‘gem’, both. Not only that, but the thing is also a biohazard. I know kids can make a mess – after all, I’m a father myself, and although it was a long time ago, I can still remember the ‘fun’ involved in picking out bits of regurgitated Chewits from velour upholstery, but this was a whole different level. I don’t think the car ever had a child in the back, but more likely a bunch of lads on a stag do having a beer-fuelled food fight.

I’ve been in the trade long enough to know how to work miracles with a bag of cleaning products, but this one simply wasn’t worth the effort.

A less scrupulous dealer may well have cut his losses, slapped an exhaust bandage on it to shut it up a bit and flung it back through the ring, but I just can’t do that myself.

Either an unsuspecting private punter will buy it, or worse it could end up with one of my mates in the trade, and if they were to find out it was sourced from me, there’d be forfeits aplenty in the way that only the car trade knows.

When I had a similar experience a few years back and found out the car was from my pal Dirty Dave, he found himself fending off 72 pizzas that were delivered direct to his work…

Instead, the Megane has gone to a good home, where engaging the clutch will now be a lot easier: my local fire station – and when I walked my dog past the other evening, they’d already lopped the roof off…