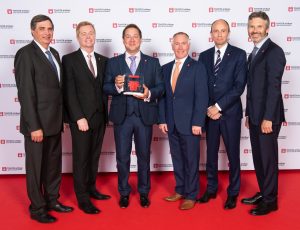 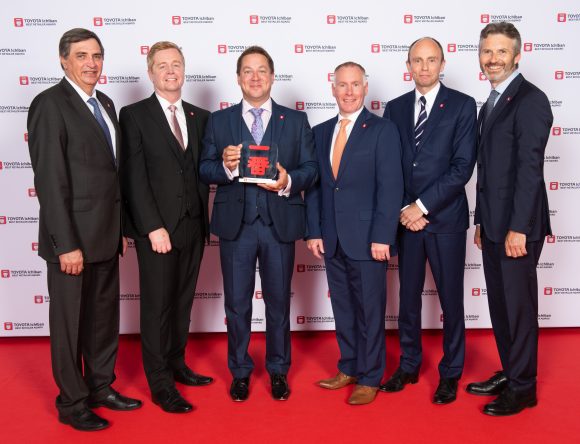 THREE UK Toyota retailers have been given top awards for excellence in customer service.

Helensburgh Toyota in Scotland, Oakmere Toyota in Northwich, and Harry Feeney Toyota in Blackpool received the manufacturer’s Ichiban honour in the small, medium and large retailer categories respectively – ‘Ichiban’ is Japanese for ‘number one’.

The ceremony took place in Evian, France, with the trio among 45 winning retailers from across Europe.

Senior executives from each dealership collected their trophies from Johan van Zyl, president and chief executive of Toyota Motor Europe, who said: ‘The customer is at the centre of all our key business decisions. Everyone at the awards has demonstrated throughout Europe that ensuring complete customer satisfaction is pivotal.’

He praised the 45 winning retailers for their outstanding achievement and stressed the importance of listening to the customer’s voice.

For Oakmere, it was the dealership’s fifth Ichiban win. Managing director Jonathan Jarratt said: ‘Winning the Ichiban Award for a fifth time demonstrates the commitment and the consistency that all our staff show in putting the customer first in everything we do.’

Gary Mulvaney, centre principal at Helensburgh Toyota, said: ‘Buying a car or even getting it serviced should be a genuinely good experience, and we try to make it personal by knowing our customers and their individual needs.’

Andrew Harrison, centre principal at Harry Feeney, praised his staff, saying: ‘I am immensely proud of every member of the Harry Feeney team, who collectively share this award. This award is testament to our team’s hard work and dedication.’

More than 2,500 European retailers compete to be one of the Ichiban winners each year.