Home > News > Big Mike: The worrying signs that economic history might be repeated 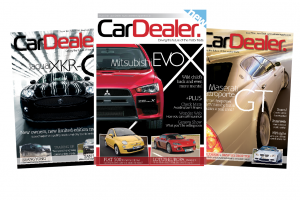 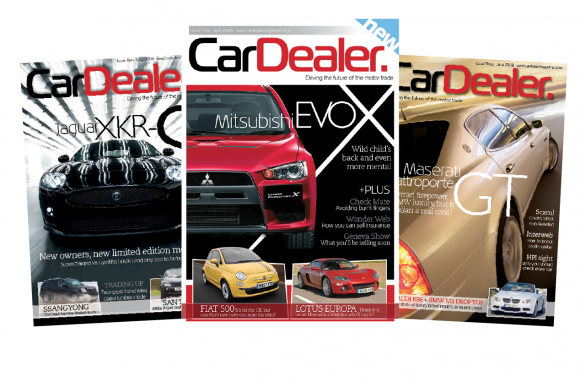 Big Mike: The worrying signs that economic history might be repeated

I WAS having a tidy-up in my office the other week and stumbled across the very first few issues of Car Dealer, published in 2008.

In the last issue of that year, I was talking about how times were getting increasingly difficult in the motor trade. They’re not easy today, but for a very different set of reasons – and I’m afraid you’ll have to excuse me if I get a bit political.

Back then, the governmental landscape was different. Barack Obama was yet to be elected president of the USA, with a blithering, gun-toting idiot still in charge of the Free West. Meanwhile, in the UK, we were led by an unelected prime minister after the previous incumbent had finally fallen on his sword (the more things change, the more they stay the same, after all…)

With an even more blithering idiot about to park his ample rump in the Oval Office, maybe we’ll see history repeat itself. But let’s hope not. At the end of 2008, the global economy was an absolute shambles.

Major banks had collapsed, two of the biggest car manufacturers in the world had filed for ‘bankruptcy protection’, which to me sounds like something I should look into myself: say ‘sorry’ publicly, change the name of your company by one symbol, pay off your debts with taxpayers’ money and rush headlong into making all the same mistakes again… Hmmmm.

In 2009, in order to ‘bolster the economy’, the UK government concocted its scrappage scheme. This, they assured us, would encourage those who hadn’t seen their savings eaten up by a nationalised bank to spend their hard-earned on a new car. Great.

Except, at this end of the trade, it practically wiped me out – I was specialising in three-to-six-year-old mainstream fodder at the time, and those looking to trade in a tidy 10-year-old Volvo or Saab were exactly the kind of people I wanted across my threshold. I’d have a smart, well-looked-after trade-in that would still be worth upwards of £1,500 and a happy customer who’d come back again three or four years later.

Instead, many of them dashed off to their nearest supplier of Korean-manufactured automotive white goods, taking £2k off the government as their cash on the bonnet and instantly wiping out a huge swathe of decent, well-maintained and nice old cars that would have kept many an independent trader and his family in hot meals.

To make matters worse, the finance market was on its proverbial. There was a day when all you had to do was sneeze in a bank and they’d give you a credit card or a loan. Beyond that, the sub-prime market was securing funding for people you wouldn’t have trusted to borrow 50p for a cup of tea, and ensuring that they, too, could walk on to a forecourt like mine and drive away in something that would never be serviced again.

A decade ago, people without money were buying houses on 125 per cent mortgages based on a projected future value. Cars were stupidly easy to sell, and supply was strong. Then came the ‘credit crunch’ – in that column back in 2008, I spoke about crunchy credit and how it had led to some incredible sub-£2,000 bargains in the classifieds.

My exact wording was this: If you can afford to keep buying, stock up now while the silliness lasts, because as soon as the next bird flu epidemic, ill-advised military skirmish or celebrity divorce hits the headlines, the media focus will divert away from crunchy credit and we’ll all stop panicking our arses off. I was a bit wrong, as a couple of months later the scrappage scheme came along and the bargains disappeared. We still had bird flu, celebrity divorces and ill-advised military skirmishes, though, so I wasn’t entirely off key.

As we head into 2017, we’re more or less back where we were in 2007, with freely available finance, ballooning house prices and an unelected prime minister, and I can’t help but think we’re about to see economic history repeating its cycle.

And that concerns me, because if the scrappage scheme makes a comeback (and it has been touted, especially towards diesel cars that aren’t as clean as we were once told they were) then I’ll be out of business this time round, as I don’t sell much modern stuff any more.

That’s if there’s a modern diesel that lasts 10 years before it chucks its particulate filter or dual mass flywheel, but that’s a topic for a future column.

On SuperUnleaded.com: Snow Joke As Plough Is Run Off The Road