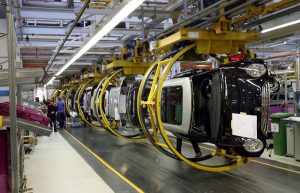 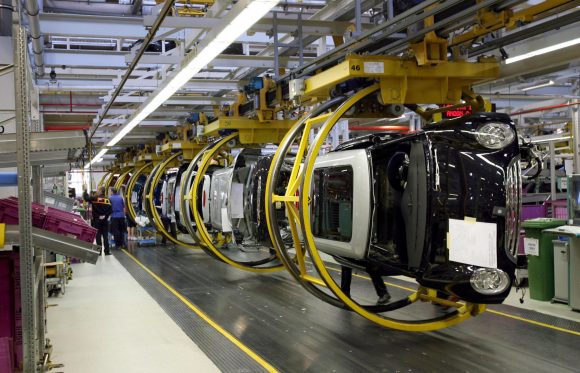 BMW will not build cars at its Mini plant immediately after the UK leaves the EU next year, to carry out annual maintenance.

The car giant said essential updating will start on April 1 at the site in Cowley, near Oxford, and last several weeks.

A statement said: ‘Planned annual maintenance periods at BMW Group production sites allow essential updating and equipment replacement to be completed over several weeks, while there is no production taking place.

‘As a responsible organisation, we have scheduled next year’s annual maintenance period at Mini Plant Oxford to start on 1 April, when the UK exits the EU, to minimise the risk of any possible short-term parts supply disruption in the event of a no-deal Brexit.

‘While we believe this worst-case scenario is an unlikely outcome, we have to plan for it.

‘We remain committed to our operations in Britain, which is the only country in the world where we manufacture for all three of our automotive brands.’

BMW’s announcement follows warnings from the motor industry and trade unions about the impact of a no-deal Brexit.

Jaguar Land Rover announced yesterday that workers at its Castle Bromwich plant were to go on a three-day week. A spokesman said: ‘In light of the continuing headwinds impacting the car industry, we are making some temporary adjustments to our production schedules at Castle Bromwich.’

Meanwhile, Honda said today that a no-deal Brexit would cost it tens of millions of pounds.