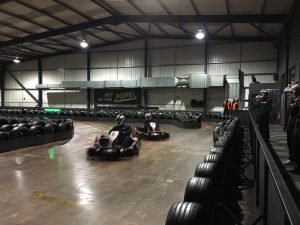 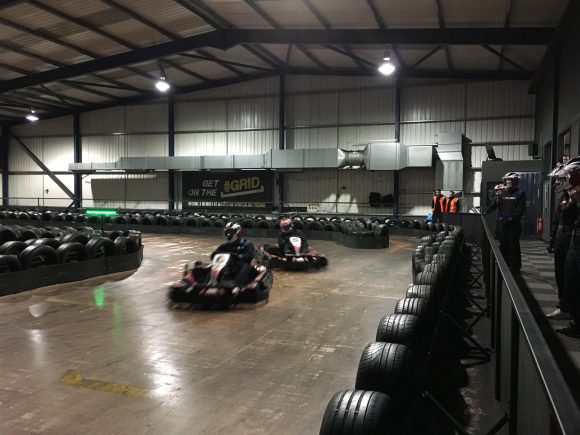 Bumping, rule-breaking and black flags – it’s the latest qualifier of our go-karting challenge!

ROUND 3 of the 2019/20 challenge was one for the history books, with enough bumping, breaking the rules and black flags for the entire tournament, while for one team it almost spelled the end of their championship hopes…

The teams made their way to TeamSport Karting in Reading, meaning reigning champions Your Best Car were back at the circuit where they won the title in March. That didn’t mean any of the other teams were going to give them an easy race, though.

Off the line, Team Your Best Car in Kart 4 worked their way to first position but Team Wheelbase were hot on their heels.

The battle for the lead was hard foug

ht, with the Bournemouth High Performance kart setting the fastest lap of the race. Team Wheelbase in Kart 25 and Close Brothers Motor Finance in Kart 9 were also in contention to win, with the four leading cars within half a lap of each other for most of the race.

However, a penalty at 30 laps for Bournemouth High Performance (BHP) meant they had to come into the pits and pushed them down the field to fifth. They battled back up to second by lap 59 but a driver change less than five laps later sent them back down again to fourth.

They continued their chase though, with Your Best Car back in the lead, followed by Wheelbase then BHP by lap 88. Until this point, BHP had maintained the fastest lap of the race, but race leader Your Best Car put in a time of 31.114 seconds. The Bournemouth team responded with another lap just 0.003 seconds faster.

With just 10 minutes to go, the race leader managed to complete a lap under the 31-second mark, at just 30.974, and pulled away from the pack. Your Best Car went on to take the race with a total of 141 laps completed.

Three laps behind, BHP completed the race with 138, putting them second, while Wheelbase were third followed by Close Brothers, both with 137 laps. 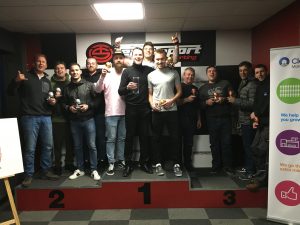 Your Best Car director and kart team race manager Josh Brown said: ‘Unlike our championship winning race, we’d only be using half of the three-storey track. When we found this out we took a different approach.

‘I knew it was going to be tight at the start so we absorbed early pressure and then counter-attacked the other teams in the second half when the track was less congested. Driver selection was key and I’m happy it worked out exactly how we planned.’

The go-karting challenge is taking a Christmas and new year break now, with the fourth qualifier being held on Thursday, January 16 at TeamSport Karting’s Harlow track. The fifth and final qualifier is in Cardiff on Thursday, February 6 and the grand final will be at Leicester on Wednesday, March 4.

If you’d like to take part in either of the last two rounds, you can register via [email protected]. Thanks to Close Brothers’ support, it’s free!